Khemisset, Morocco - As half of her people, she had the misfortune to be a female. From the day she was born until her very last breath she would be nothing more than what society has already reserved for her, servitude. 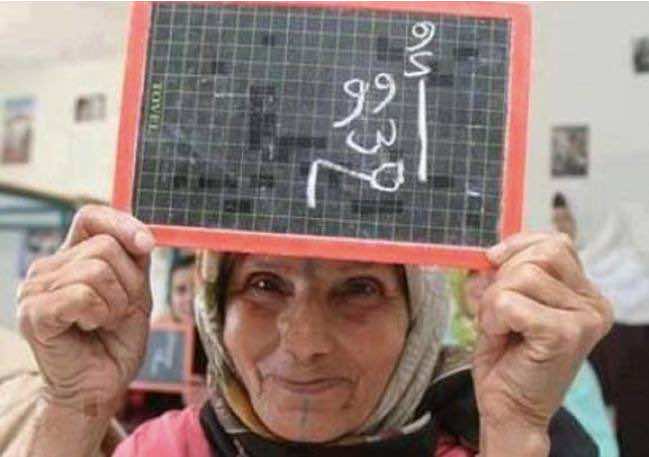 By
Youness Chahdi
-
Youness Chahdi is an engineer in Finance from the National Institute of Statistics and Applied Economy (INSEA) in Rabat.
Sep 29, 2014
Spread the love

Khemisset, Morocco – As half of her people, she had the misfortune to be a female. From the day she was born until her very last breath she would be nothing more than what society has already reserved for her, servitude.

As it is commonly understood, she is unfit to learn because she has a tiny brain that is barely capable of recognizing daily labor. She cannot have an opinion even about her own circumstances for the simple reason that she is to worship her family’s will and adhere to society’s traditions. She is not to argue or manifest any kind of revolt or rebellion against her situation for she was born with a permanent mental and physical disability that makes her a burden even to her own father – a father who is avidly awaiting her puberty so she would be thrown away to marriage.

As an infant wife, she would not resume the education she never had nor would she hope to find her missing childhood. Putting up with her new father or more accurately her aged husband is her first and only concern. Besides daily house chores, nightly conjugal duties are of high necessity even at a premature age. Bruises come and go because nothing is more effective than physical abuse in order to establish respect, but more likely, obedience.

Permission now is to be asked before every step outside the jailhouse she happens to call home. From her husband she learned the hard way, as there is no easy way to explain that eye contact is lack of respect and submission is women’s key to paradise. She only ate when he sated, she cried when he laughed and when he rejoiced, filth and disgust is all she could feel.

She later learned that her main duty as a woman is procreation. Along with motherhood, she found that only she was responsible for the baby’s sex, and not all sexes are equally welcomed. After several shots, she successfully hit the jackpot to the satisfaction of the old man who came up to call proudly himself a father. A male newborn is what crowns and elevates a women’s stature in society. From day one, she took it upon herself to raise him right. She was no guru, yet wisdom was her major lesson. Years of suffering and hardships made her question everything she was taught, from social traditions to family values. Rejecting hate, violence and ignorance, she found love, tolerance and wisdom and so did her children.

One sunny day’s morning, salvation came knocking on her door. As was expected of her she cried her husband’s death. She cried all night for her wasted youth as she slowly could feel the chuckles of oppression and slavery being removed. Along with him, she buried decades of ignorance, injustice and contempt. When his life ended, hers just saw brightness, the illuminating light of knowledge.

It was only a matter of time before she got herself enrolled in an adult literacy program. She knew that between the lines a completely new world was yet for her to explore. She heartily enjoyed every new letter and number, as she believed them to be the key to unearth a thousand years old treasure. No matter how hard it was, she never quit until she was old but fully ready. Her treasure between her shaky wrinkled hands, it read “In the name of God, the Most Gracious, the Most Merciful”…