Washington DC--Algerians, along with political analysts following events in North Africa, are confused about President Bouteflika’s latest Cabinet appointments and the apparent in-cohesiveness within his government. 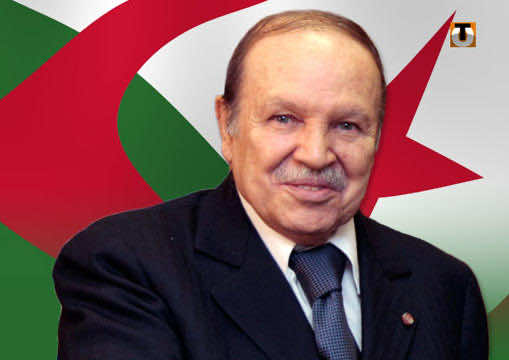 By
Hassan Masiky
-
Hassan Masiky was born in Kenitra, Morocco, and is based in Washington as a blogger and freelance writer.
Sep 30, 2014
Spread the love

Washington DC–Algerians, along with political analysts following events in North Africa, are confused about President Bouteflika’s latest Cabinet appointments and the apparent in-cohesiveness within his government.

After the spectacular dismissal of his close aid and confident Abdelaziz Belkhadem, the Algerian leader appointed a once disgraced intelligence chief as a special adviser on Defense. The arrival of General Bachir Tartag to El-Mouradia Palace raises serious questions about the state of mind of the Algerian leader and re-enforces the image of an Algeria run by shadowy figures and aging military Generals out of touch with current geopolitical realities.

Although Algerians are accustomed to seeing the same faces and names reshuffled into different positions, the appointment of General Tartag came as a shock and an alarm. The public, which has not digested yet the disgraceful firing of Belkhadem, views Tartag “re-hiring” as another “irrational” decision by the Bouteflika clan and an indication of intelligence chief General Toufik’s all-powerful intelligence agency (DRS) dominance over state affairs.

General Tartag is a close aide to General Mohamed Mediene (AKA Toufik) and was the number two at the DRS. Algerian activists and international observers believe that the decision to land Tartag at the heart of the presidential palace as a masterstroke engineered by Toufik and his DRS officers.

The announcement that a former security chief, who has been accused of gross human rights abuses during the country’s civil war, is the next Presidential adviser on Defense feeds to the growing doubts about the ability of Bouteflika to run the country.  If the President never adequately reassured the Algerians that he can run the country, General Toufik has made it plainly clear that he is the boss-in-charge of Algeria.

Algerians were initially surprised to see Tartag forced to retire in the aftermath of the deadly terrorist attack of In Amenas oil facility in early 2013. Security experts held the General and his agency, the Directorate of Interior Security (DSI), responsible for the intelligence failure to stop bloody assault in the Algerian Sahara. Once a pillar of the regime, Tartag was publicly chastened for past security lapses.

For these reasons, the revival of this General amounts to the designation of the DRS as the de-facto organism running Algeria. For observers who started to doubt General Toufik’s supremacy in Algeria, Bouteflika “choice” for the sensitive Defense Minister  is a clear sign that the DRS is the only game in Algiers.

The insecurity in Libya, the birth of new terror cells in the Algerian mountains and the political crisis in Tunisia brought to the open the true picture of DRS’s overreach and the political impotence of the ailing Bouteflika.

Furthermore, the return of the DSI to the hub of power indicates that the recent and much publicized discord between the Bouteflika clan and the DRS never occurred. The debate over a supposed feud between Bouteflika’s brother Said and General Toufik was nothing but a circus show to keep the Algerian public speculating and anxious about the future of the nation.

Intriguingly enough, the recent abduction and beheading of a French national at the hand of the Algerian branch of the so-called Islamic State came just as Tartag took over his new position.

Since his extraordinary re-election to a fourth term, the Algerian President seems to lack a long term economic strategy. The political chaos and security nightmare in Libya and Tunisia are adding to the Algerian government paranoia and fear of terrorist attacks and political turmoil; thus making security a top priority, while economic reforms stall. The DRS uses every opportunity to remind the Algerians that the military intelligence agencies are the sole guarantor of stability and peace in the country.

However, there is a growing view that the Algerian government is leading without a map or a plan. With the unchecked political and economic influence of the DRS, Algeria has been unable to implement true reforms failing to attract foreign investments or draw plans to spend its rich oil revenues.

Lack of social unrest and political opposition on the face of rampant corruption underscores just how frightened the Algerians are of political change. The arrival of Tartag on the scene will only add to the agony of a suffering Algerian public and keep the status-quo intact.