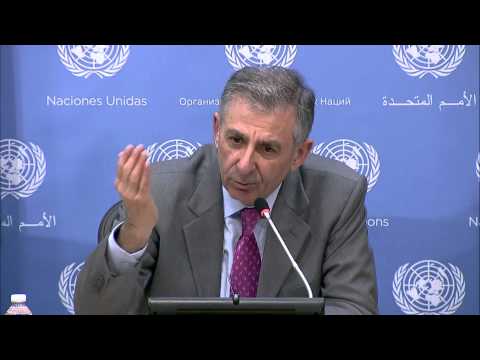 Teaching religion and moderate Islam is “extremely important” for fighting terrorism, particularly violent extremism, Laborde told MAP on the sidelines of a high-level meeting of the Counter-Terrorism Committee on “Countering Incitement to Commit Terrorist Acts Motivated by Extremism and Intolerance: the Kingdom of Morocco’s Approach and Experiences of other African States”.

He also stressed “the very strong commitment of Morocco, clearly driven by HM King Mohammed VI,” to ensure the success of this teaching and export these “best practices” to other countries to “avoid that these countries leave the preaching of religion to people who are ready to preach violent extremism.”

“That’s why the Moroccan strategy to teach the solid foundations of an authentic religion is extremely important,” he said.

The Counter-Terrorism Committee will hold an open briefing on “Countering Incitement to Commit Terrorist Acts Motivated by Extremism and Intolerance: the Kingdom of Morocco’s Approach and Experiences of other African States” in the ECOSOC Chamber, United Nations Headquarters, on Tuesday.