Taroudant, Morocco-  Approximately two million Muslims are in the holy city of Meca performing Hajj, a mandatory religious duty for those who can physically and financially afford it. 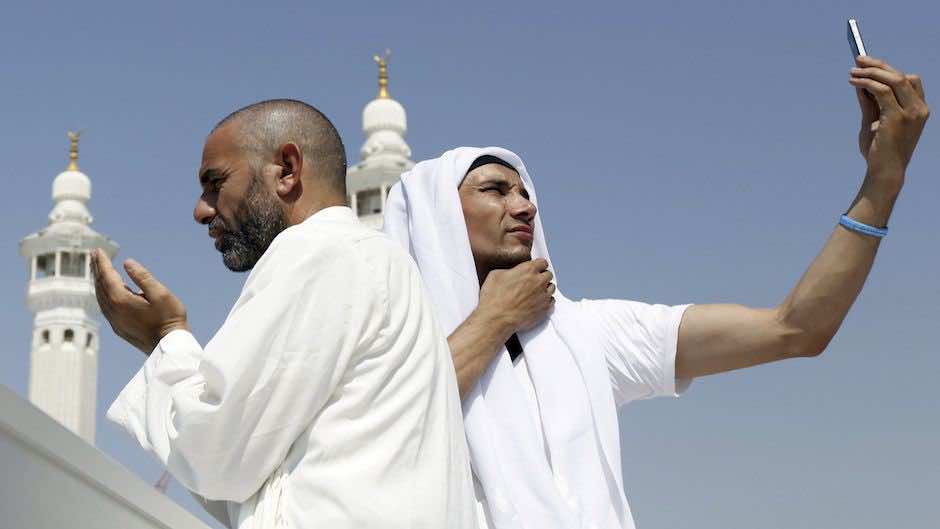 By
Larbi Arbaoui
-
Larbi is a freelance writer and assistant editor at Morocco World News.
Oct 4, 2014
Spread the love

Taroudant, Morocco-  Approximately two million Muslims are in the holy city of Meca performing Hajj, a mandatory religious duty for those who can physically and financially afford it.

Hajj is meant to be performed in very spiritual atmosphere. But some Muslims have deviated from its core meaning and seemed to be more concerned to take their selfies and post them on social media. A fashion that created controversy among social media users.

The new fashion has gone viral among the hajj performers. Alone or with others, several pilgrims currently in Mecca, Saudi Arabia, posted their selfies on social networks, most of the time before the Kaaba.

Can #Hajjselfie beat the #OscarSelfie in Retweets ? Lets RT this To infinity #Muslim and say #mashAllah pic.twitter.com/WQANJ5m8Hh

Whether the practice is halal or not, several pilgrims seemed to feel happy with the new fashion, encouraging others to the same thing using the hash tag #Hajjselfie.

My#happiness .. i wish we can go back in this holy place insaalllah 🙂 #kaaba #mecca

Speaking to Arab News, a teacher specializing in Islam said she was shocked by the practice.

“I saw the pilgrims take selfies with the Kaaba in the background, these selfies being intended to be posted on Facebook […] The act of Ibadah [worship] is marred by boastfulness,” she said.

According to Saudi Arabia, this year about 1.4 million foreign visitors, in addition to nearly 60000 local pilgrims are performing the fifth pillar of Islam.