Marrakech- Sarim Fassi-Fihri is the new director of the Moroccan Cinema Center, the Ministry of Communications announced yesterday. Owner of Cinedina Studios, Sarim Fassi Fihri, is one of the most experienced professionals in the Moroccan film industry. He is president of the Professional Film Producers Association and he is a Knight of the Order of Arts and Letters of the French Republic. 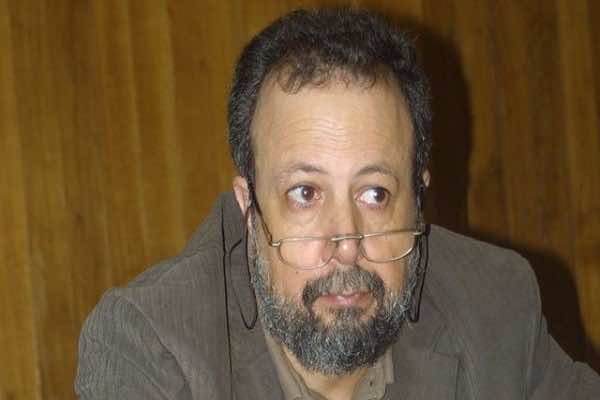 Marrakech- Sarim Fassi-Fihri is the new director of the Moroccan Cinema Center, the Ministry of Communications announced yesterday. Owner of Cinedina Studios, Sarim Fassi Fihri, is one of the most experienced professionals in the Moroccan film industry. He is president of the Professional Film Producers Association and he is a Knight of the Order of Arts and Letters of the French Republic.

A commission was established by the Communications Minister, Mustapha El Khelfi, to choose a replacement for Noureddine Sail, and several candidates applied for the position.

Fassi-Fihri, who was born in Marrakech, is also the President of the Business Association of Audiovisual Production and Cinema (AMPAC). He is also the Foundation Director of the International Film Festival of Marrakech.

Fassi-Fihri was hired in the summer of 1982 as a trainee on an American film. What was to be a ‘student job while on holiday’ was a turning point in his life, and he decided to devote himself to film.

He created his first production company in 1984 and, since 1985, has produced the feature film Compromise, directed by Latif Lahlou.

In 1987 Fassi-Fihri founded the current Moroccan Society of Productions & Services (MPS) to produce films for Moroccans, and has executive produced foreign films in Morocco.

Among the films Fassi-Fihri produced or co-produced include Verdingbub and Thief of Dreams, directed by Hakim Noury??, Mektoub Nabil Ayouch’s Brief Detention, and Ahmed Boulane’s Angel’s Satan. Internationally, he was executive producer of over 40 films and TV movies, including:

In all, Sarim Fassi-Fihri has produced, co-produced, or executive produced over 40 feature films, TV films or TV series.

From the initial creation of MPS, Sarim Fassi-Fihri realized that there could be no development of film production without skilled human resources.

For over twenty five years, he has focused on the training of technicians by partnering with foreign productions which he executive produced.

His involvement in the issue of training led him to participate with the CCM commissions for issuing professional ID cards for several years and proposed definitions of business, criteria for issuance of cards and specifications for hiring technicians following national quotas under the 2001 act on the film industry.

He also participated in all the feasibility studies for a film school since 1997.

Fassi-Fihri has been the Chairman of the ISMAC Foundation and member of its governing board since 2013. Since 2009 he has taught production at ESAV Marrakech (School of Visual Arts), as well as the ISMAC ISADAC. Fassi-Fihri has also participated in festivals and film event organizations.

Since 1985, Sarim Fassi-Fihri regularly participates in major international events in Cannes, Venice, Berlin, Los Angeles, Carthage, and Cairo. He  is also involved in the organization of national festivals.

In 1996 he organized in Rabat and Casablanca a “Night of Short Film” in collaboration with the Festival of Clermont-Ferrand.

In 2001 Fassi-Fihri was appointed a member of the founding committee of the International Film Festival of Marrakech and participates actively in the first two editions.

In 2004 Fassi-Fihri was a jury member of the festival.

Since 1995, Sarim Fassi-Fihrihas been re-elected every two years as President of the Moroccan Chamber of Film Producers (CMPF). This association brings together Moroccan directors and producers.

He is also the founding president of the ASESA (Business Association of Audiovisual Sector), affiliated to the CGEM (equivalent MEDEF) association, which advocates for the development of the audiovisual sector with public authorities.

Fassi-Figri has also contributed to the regulation and development of the film industry.

Since his election to the presidency of the CMPF, he has been a member of the Board of the MCC and is now its eldest member.

In 1996 he negotiated and obtained the national television network 2M its first agreement between a television and producers.

In 1997 he was responsible for the creation of the Tax Promotion of the National Audiovisual Production (TPPAN) which is the first financial leverage of the entire Moroccan audiovisual industry, including television, film festivals, and the digitization of cinemas and the leading resource for funding for all actions of the Ministry of Communication, outside the general government budget.

From 1998 to 2001 Fassi-Fihri was appointed by the Minister of Communications as ‘observer’ of the work of the Committee of the Fund for Assistance to the National Film Production.

He also participated in the development of the 20-99 Film Industry Act and all laws governing the Aid to Film Production Fund.

In 2005 to 2006 as president of the ASESA, Fassi-Fihri obtained from the European Union and under the Support Programme for Professionals (PAP) financing of a sector study on broadcasting in Morocco. This formed the basis for the organization of a national conference in July 2006.

From 2007 to 2009, he participated in the development of contract, programs, State Film professionals, and the sector-CCM Ministry of Communication.

From 2008 to 2012, he participated in the work of reforming the Bureau of Moroccan Copyright (BMDA) and the development of Bill N 79.12 on copyright and related rights on the introduction of a “private copying levy.”

The decree of 17 August 2012 concerning the conditions and regulations of the aid to film production adopted in Article 4 of the specifications list of expenditures were prepared by Sarim Fassi-Fihri.

In January 2014, he proposed to the Ministry of Communication and CCM of legislation to replace the Dahir (Act) reorganizing the CCM and the 20-99 law on the film industry.

Through his company and as executive producer, Fassi-Fihri has worked with major international groups such as Gaumont, Pathé, Lagardère, BBC and Warner.

He participated as a speaker at several round tables, seminars and cultural days in Namur, Brussels, Paris, Tunis, Cairo, Las Palmas, and Barcelona. Since May 2012 he has been considered an expert with the EU.

Overall, Sarim Fassi-Fihri is a remarkable expert and practitioner of the Seventh Art in Morocco, and a worthy successor to Noureddine Sail at the helm of the Moroccan Cinema Center.