New York- King Mohammed VI ranked fifth most influential personality among 500 personalities in the Muslim world, according to a new survey released by the Jordanian Royal Islamic Strategic Studies Centre on September 30. The Moroccan monarch kept the same ranking as last year. 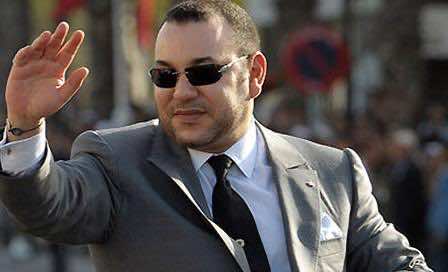 New York- King Mohammed VI ranked fifth most influential personality among 500 personalities in the Muslim world, according to a new survey released by the Jordanian Royal Islamic Strategic Studies Centre on September 30. The Moroccan monarch kept the same ranking as last year.

The first on the list King Abdullah Bin Abdelaziz, of Saudi Arabia, who regained the same ranking he held in 2011 and 2012. He ranked second last year.

He is followed by Egypt’s Professor Dr. Sheikh Ahmad Muhammad Al-Tayyeb, Grand Sheikh of the Al Azhar University, Grand Imam of the Al Azhar, who topped the ranking of 2013.

According to the Jordanian Think Tank, the choice of Mohammed VI as fifth most influential leader in the Muslim world is due to “his control of the network of Muslims following the Maliki school of Islamic jurisprudence and as a leading monarch in Africa.”

Mohammed VI is also the leader of “one of the most stable constitutional monarchies in the region, which is also the center of a moderate, flourishing Muslim culture” says the report.

“King Mohammed VI has implemented major reforms in response to the Arab Spring protests. These have included a new constitution which has transferred many powers to a freely and fairly elected government. The Justice and Development Party (PJD) emerged as the largest party in the 2011 elections and heads the current government. The gradual reforms established by the king have been hailed as a model for other Arab countries to follow,” the report said.

“King Mohammed VI is lauded for his domestic reform policies and pioneering efforts in modernizing Morocco and countering terrorism. He tackles issues of poverty, vulnerability and social exclusion at home, and has improved foreign relations,” it added.

The Centre also highlights the reforms introduced by King Mohammed VI immediately after his accession to power in 1999, especially as regards the status of women.

“Since early in his reign, King Mohammed VI has implemented the Mudawana family law code that gives rights to women in divorce and property ownership, as well as citizenship to children born from non-Moroccan fathers. He has also commissioned the Islamic Affairs Ministry to train women preachers, or Morchidat, who are now active chaplains to Moroccans across the globe.