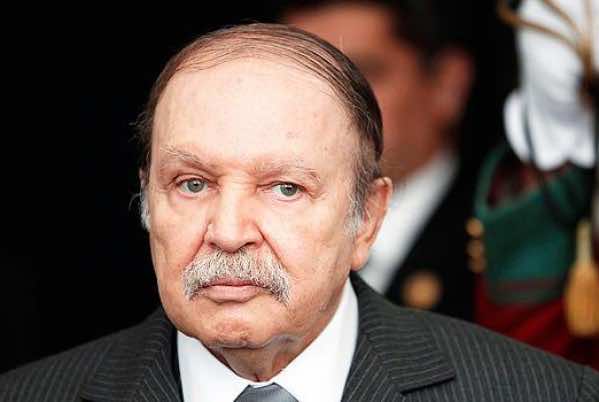 San Francisco- Algerians pride themselves as having a “Nif” or pride and there was time when this self worth was rightfully warranted.

Algerian revolutionaries fought France from 1954 to 1962 and were able to gain Algeria’s independence  although it was regarded as an integral part of France. This was surely a monumental achievement to be proud of. But that was then, what about now? Has the current regime left anything to Algerians to be proud of?

As a non Algerian, I see that since the independence, the people of Algeria have been ruled with an iron fist by a ruthless military, clan which would stop at nothing to cement its hold on power; a regime that squanders the country’s natural resources on purchasing weapons to intimidate their neighbors and at the same time fills its own pockets.

I also see that a wheelchair-ridden president has been “elected” for an unprecedented fourth term, and who supposedly won the elections with 81.53% of the vote. I have no doubt that if any proud Algerian takes a moment and think about this magical number, the sense of pride will quickly dissipate.

The Algerian regime is so adamant about finding a solution for the crisis in Mali by almost forcing the Malian stakeholders to stay in Algeria until they come up with a way out of their crisis, but would do everything in its power to keep the ‘Western Sahara’ in crisis. Is erecting obstacles to a close neighbor with whom they share common religion, borders, traditions and struggle generate a sense of pride in the Algerian people?  I like to think that this ill doing toward Morocco generates disgust and repulse.

Algerian diplomats are so pumped up these past few days that they have offered to host inter- Libyans peace talks. Anyone unaware of how the show is run behind closed doors in Algeria, would think that this is a commendable gesture on the part of the Algerian regime. But how come this same regime has never had the audacity to extend this “ good deed” to the neighbor that it shares the most with? After all, Algerians like to remind us that they never laid any claim on the ‘Western Sahara’, and they repeatedly maintained that the conflict is in the hands of the UN.

If that is the case, why is the Algerian minister of foreign affairs has recently declared at the UN that “Algeria, whose undeniable support to Western Sahara people’s self-determination is well established, encourages the UN secretary general and his personal envoy, Christopher Ross, to intensify their efforts to restore peace in the region “?

Proud Algerians who value the commonalities between Morocco and Algeria will never support some rebel group created, financed, and maintained by a clan which kidnapped the Algerian revolution and made it its own?  As a matter of fact, the majority of Algerians don’t have a clue why Bouteflika’s regime is getting involved in Moroccans Internal issues.

Where has Bouteflika disappeared lately?

Ordinarily when something gruesome takes place such as the beheading of the French citizen in Algeria, the normal thing to do is for the president to pick up the phone and calls his friend the president of France. Apparently that was not the case, because he is nowhere to be found. Instead there are news floating out there that he’s being treated yet again for his medical issues  in Switzerland? Why not France?  Some say that he is  now a persona non grata in France due to the fact that he was not able to save the French victim who was killed by those he set free by his Amnesty for all terrorists.

Haven’t we just heard that Bouteflika’s wisdom helped exterminate terrorism and that Algeria is now a model to follow in combating terrorism? It was more like a revolving door, terrorists went unpunished and were given amnesty, and the families of the hundred of thousands of victims are too weak and too helpless to object this decision taken by this regime, which sets terrorists free.

Where is the wisdom in giving a terrorist a free pass?

How can anyone in Algeria be proud with what his or her leaders are doing? The appointment of General Tartag, who has blood in hands, is something to be ashamed of. It shows clearly that Algeria’s rulers will continue to rely on those who are part of the system. Sadly there is no room for a new blood within the secretive El Mouradia walls.

“Nif” belongs to those who gave up their life to free Algeria from colonization, and those who believe that united we should stand. The Nobel Peace Prize 2012 was awarded to European Union (EU), which “for over six decades contributed to the advancement of peace and reconciliation, democracy and human rights in Europe”. The people of the Maghreb have seen no peace nor reconciliation, which hinders any progress toward democracy.

There will come a day when the people of Algeria will be fed up of their corrupt leaders, and will hopefully rise up and peacefully take their “Nif” back. Who knows? Perhaps the Maghreb too will get the Nobel price for ending the paternalism imposed on us by a vindictive regime.

Let just hope that day will come soon. The people of the Maghreb cannot wait any longer. They have witnessed Morocco extending the olive branch time and again to their close neighbor, but so far Algeria under Bouteflika, the military, and the DRS is very adamant about not taking it. They consider that any peace with Morocco will only serve the Moroccans. Let us hope that better days are in sight After Bouteflika, even though the future looks bleak and his brother Said Bouteflika is the one calling the shots at this time.