Morocco World News
Home Education Journals of a Moroccan Fulbrighter in America (6): The Making of a...

Austin - Today, I want to talk about higher education in America. But instead of listing the rules and regulations, I have chosen to illustrate them through the experience of a PhD candidate in Arabic studies at the University of Texas in Austin. His name is Philip. I hope that by writing about Philip’s experience, I will not only exemplify some aspects of the American university system but also provide a glimpse of the academic atmosphere that paves the way for the making of a scholar in America. 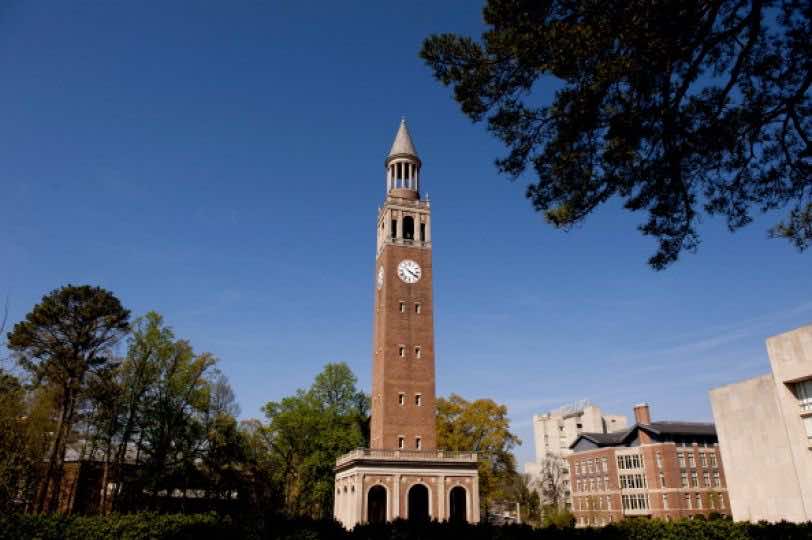 Austin – Today, I want to talk about higher education in America. But instead of listing the rules and regulations, I have chosen to illustrate them through the experience of a PhD candidate in Arabic studies at the University of Texas in Austin. His name is Philip. I hope that by writing about Philip’s experience, I will not only exemplify some aspects of the American university system but also provide a glimpse of the academic atmosphere that paves the way for the making of a scholar in America.

After high school, Philip went to the university’s School of Liberal Arts, the equivalent of our faculty of letters and humanities. He opted for a major in history, but during his first two years he had to take a number of minor courses which ranged from languages to biology and mathematics. Philip explains that although the number of major and minor courses was fixed, there was a panel of courses from which a student could choose depending on his/her interests. Philip chose to learn Classical Greek and Hebrew, in addition to to the main subjects in American, European and Eastern history. He also took a personal interest in Biblical studies, for Hebrew was the language of the Old Testament, and Classical Greek the language of the New Testament.

During the third and fourth years, the number of minor courses becomes limited, and the major ones take over. Philip managed to complete all of his required courses one semester in advance, which gave him some time to pursue his passion: languages and theology. He started learning other ancient languages of the Near East, namely Aramaic, Syriac and Akkadian. He calls them the “Biblical languages” because they were spoken in the region where the Bible was revealed. Although history, theology, and languages seem to be related, Philip says that they did not seem so to him. They were different worlds, and he had to switch from one to the other. He didn’t study them just to get a degree but also to satisfy some inner curiosity. So instead of graduating after four years, as is the general case, he had to wait for two more years. However, he graduated with three majors: history, theology and languages.

Arabic was also among the languages Philip studied. The story of his relationship with this non-Biblical language is rather fascinating. When he was ten years old, he lived for a year in Amman, Jordan with his father, who was a doctor serving in an exchange program. There, he went to a Baptist school, though about half of the pupils in his class were Muslim. He learned some classical Arabic and picked up the Jordanian dialect from his classmates. During that time, he also travelled with his father to Lebanon, Palestine and Egypt. However, when he came back to America to live with his mother, and because there was nobody with whom he could practice the language, he ended up forgetting everything he had learned after some time. At university, the need to renew his contact with the language arose again amidst his growing passion for the languages of the Near East.

After graduation, he registered in a master’s program at a divinity college. He wanted to specialize in theology and pursue his study of languages. But after a year, something happened that completely changed him: his mother passed away. It’s clear that she was everything in his life, and he was her only child. The shock was too much for him that it took him more than a year to get back on the horse.,Life no longer had the same meaning it after the sad event. When he was on again, only his passion for languages had survived in him.

Because he was not accepted into a master’s program in Arabic, he decided to travel to Amman for study, probably for a challenge. His wife gave up her job and left with him. It was not easy for him to convince the university authorities to accept him in a master’s program of Arabic applied linguistics, for he had to have at least a four-year bachelor’s degree in Arabic. But he managed to contact the “key” figures and got accepted. Two years later, he returned home with a diploma from an Arab university. Nothing more was needed to register for a PhD in Arabic studies at the University of Texas at Austin.

Even as a PhD candidate, Philip now has to take a number of courses. He is unaware of the exact regulations, but he refers to his supervisor about the courses he should take. Generally, a supervisor would recommend courses that a student is likely to need when dealing with the topic of his orher research. Students from different departments may attend the same class. In one of the classes that Philip is taking, there are students from the French, Spanish and Arabic departments because the course is in English. In Arabic studies as well, you can find students who study linguistics, literature, theology, and other languages, but they are all interested in the Arabic language to some extent.

Part of the Arabic PhD program is also to teach the language to beginners. Philip works twenty hours a week in addition to taking courses and completing readings for his thesis. Of course, he is getting paid for the work he does, and he gains a lot from the teaching experiencesince he intends to be a professor in the future. But if he had a scholarship he would probably have more time to focus completely on his studies.

In an atmosphere where students come with different backgrounds, Philip’s advisors count a lot on him to come up with something interesting to illuminate some vague aspects of Arabic. His knowledge of ancient Semitic languages will certainly enable him to reconstruct the social and the linguistic environment in which Arabic, as we know it today, developed. The flexibility of the American university system and the passion and perseverance of scholars like Philip are the main factors that shape exceptional minds in the US.