Taroudant, Morocco - After a British man was arrested on Thursday and jailed for ‘homosexual acts’ in the kingdom, Mike Freer, a Conservative MP for Finchley and Golders Green, has reportedly called for “trade talks with Morocco to be blocked.” 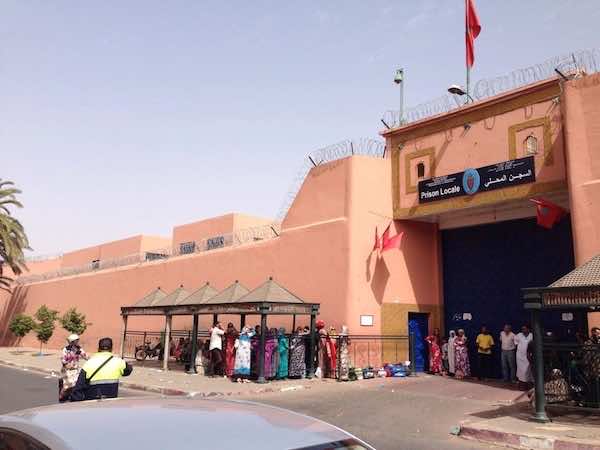 By
Larbi Arbaoui
-
Larbi is a freelance writer and assistant editor at Morocco World News.
Oct 6, 2014
Spread the love

Taroudant, Morocco – After a British man was arrested on Thursday and jailed for ‘homosexual acts’ in the kingdom, Mike Freer, a Conservative MP for Finchley and Golders Green, has reportedly called for “trade talks with Morocco to be blocked.”

“It is unacceptable that Ray Cole was arrested for ‘homosexual acts,” Mike Freer told PinkNews.

“Morocco needs to decide if it wants to be a modern, tolerant tourist welcoming country or not,” the MP added.

After Ray Cole, a 69-year old retired magazine publisher from Deal in Kent, was found guilty of ‘homosexual acts’ and sentenced to four months alongside his Moroccan partner, Jam Wald Nass, from Marrakech, a British campaign was launched on Twitter and Facebook calling on tourists to boycott Morocco.

Jayne Secker, journalist and Sky News host, tweeted that Ray Cole’s son informed her that his father is being well treated in prison by the Moroccan authorities, and that he is respectful and discreet concerning local customs.

Adrian Cole also tells me his father is respectful and discreet to local customs. #freeraycole

While some Moroccans express their solidarity with the British alleged homosexual through a Facebook group created for this reason, others hailed the imprisonment, and called for more firm measures to stop “sexual tourism.”

Expressing his support for the British man on Facebook, “an individual” wrote: “As a Moroccan citizen I would like to give my deepest apologies to everyone who has been affected by this dilemma.”

Other Moroccans expressed their support for the measures taken by the Moroccan authorities to curb what they call “sex tourism” in the country.

“I have joined this group to tell you that this kind of people (gays) come to Morocco to look for poor children and give them money to satisfy their sexual desires. If you accept that in your countries we are sorry, we do not accept it,” another individual said.