Fez- One of the world's most prominent Islamic institutions, Al-Azhar Mosque and University, denied it had issued a formal statement implying the invalidity of the celebration of this year's Eid al-Adha in Morocco. Whereas Eid al-Adha, one of the Islamic lunar calendar's holiest days, was celebrated on Saturday in most Muslim countries, Morocco celebrated the Eid on Sunday. 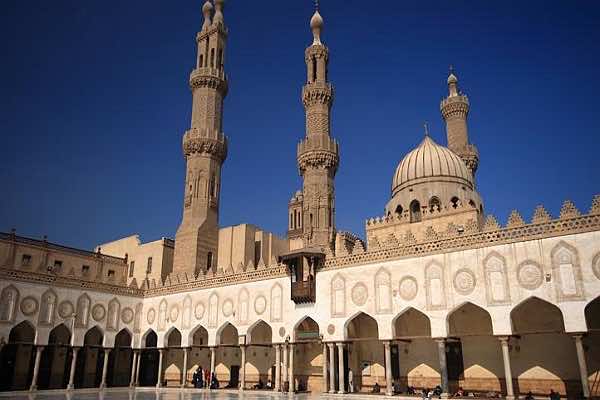 By
Adnane Bennis
-
Adnane Bennis is a national of Morocco, obtained his Bachelor’s Degree in Computer and Information Science from East west University in Chicago.
Oct 8, 2014
Spread the love

Fez- One of the world’s most prominent Islamic institutions, Al-Azhar Mosque and University, denied it had issued a formal statement implying the invalidity of the celebration of this year’s Eid al-Adha in Morocco. Whereas Eid al-Adha, one of the Islamic lunar calendar’s holiest days, was celebrated on Saturday in most Muslim countries, Morocco celebrated the Eid on Sunday.

In clarifying the confusion, Al-Azhar said that views, opinions or statements by scholars associated with the University do not reflect the official position of the institution.

According to Moroccan news website hespress.com, Dr. Abbas Shuman, Secretary General of the Council of Senior Scholars of Al-Azhar, said that the Sheikh of Al-Azhar, Dr. Ahmed Al-Tayeb, has never given a fatwa or a statement regarding the invalidity of Eid al-Adha celebration in Morocco.

Dr. Shuman described published claims that Al-Azhar denied the validity of the celebration as”fraudulent and an unacceptable fabrication,” and said that they do not reflect the institution’s official opinion. He pointed out that scholars associated with Al-Azhar are free to express their views, but those views should not to be attributed to the Sheikh of Al-Azhar, nor to the official establishment.

In a controversial statement, Youssef Eid, Secretary General of the Fatwa at Al-Azhar Mosque, said Sunday that Morocco’s celebration of the first day of Eid al-Adha“is religiously not permissible because it violates Muslim customs and breaks the consensus.”

The Egyptian scholar said that Moroccans should celebrate EidAladha, which is the 10th day of the Islamic lunar month of DhoulHijja, on the same day as Saudi Arabia, where the Muslim annual hajj (pilgrimage) takes place on the day of Arafat, the 9th day of Dhoul Hijja.

He went on to add that Morocco’s Eid prayers, as well as fasting, is invalid, since doesn’t coincide with the dates used by Saudi Arabia. It is a “breach of the consensus among Muslims and not religiously permissible,” he claimed.