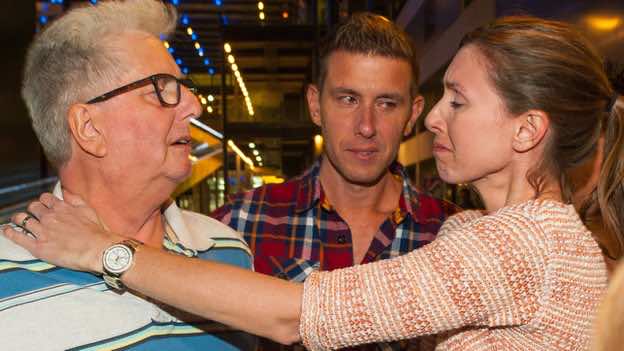 San Francisco – The recent arrest of the British citizen who happens to be gay shed light on several issues in Morocco.

The flawed judicial system, incompetency of the authorities, the prison conditions, the rampant injustice, child abuse, and, on the positive side, the happy ending to Mr. Cole’s saga, also demonstrates that human kindness wins in the end.

In Morocco you can be arrested and prosecuted based on a hunch from someone in authority. Mr. Ray Cole and his chat friend were at a bus stop when they were interrogated, had their belongings confiscated, and were ultimately arrested and imprisoned. Law enforcement authorities reported that photos found on his phone were sufficient to build a case against the two men.

Such thing would never happen in a place where the rule of law is the rule and not the exception.

Many say that Morocco is a Muslim country and homosexuality is a criminal offense, and I happen to agree with that. Everyone should follow the rules of the host country. Mr. Cole was never caught in the act, never exhibited a homosexual behavior in public, he was simply waiting for the bus with his friend or lover. In 2014 in Morocco, you are still and always at the mercy of someone’s likely ill-conceived judgment.

I am the product of Morocco and I remember vividly when police officers or auxiliary forces would come out of nowhere to ask us to show identity documents for no valid reasons. If one happens to forget one’s National ID card, this is grounds for arrest or detention.

Sexual relations outside marriage are punishable by law in Morocco. If you happen to be walking in the street with your sister, female cousin, or god forbid a girlfriend, any law officer has the right to inquire about the relationship between the two of you. Moroccan decision-makers need to decide if we want to be Morocco or would rather be Saudi Arabia or Iran. We cannot be both. It is wrong and it goes against the image that we try to project to the outside world.

We cannot tell the world that we are an open-minded, accepting society when in fact we are not. I understand that a big part of Morocco’s economy is based on tourism, and we need to be attractive to potential tourists, but we simply cannot lie and hope that the world is naïve and will believe everything we say when our actions are totally different from what we preach.  One way to entice potential tourists to come visit and invest in Morocco is by working on reforming our judicial system. Prospective visitors or investors need to feel that they are safe and their rights are protected when they are in Morocco.

After his release, Mr. Cole shed light on the prison conditions in Morocco, stating that they were “horrendous,” with inmates as young as 10 and as old as 90 being held “for nothing.”  Moroccan prisons are extremely crowded and our flawed judicial system is to blame. Due process is nonexistent and our attorneys and judges are corrupt, incompetent, or powerless. However, to be fair to these public officials, they have not chosen the environment in which they work. They did not create this legal environment, and it exists because it is not economically viable to have a system in place that works.

Injustice in Morocco is so prevalent that it has become normal. You can spend time in jail for petty crime, and the real criminals never spend a minute in jail. They are able to corrupt themselves out of any situation, including capital crimes. Every now and then, you read that a high-level personality has been prosecuted. This is simply to show that Morocco is reforming the justice system when in if fact it is not; the road to reform is arduous and very few are willing to tackle this problem.

Mr. Cole has seen children as young as ten years old in prison, and he is not making this up.  Children in Morocco do get arrested without any possibility of ever getting help. Children are children and should not be treated or tried as adults. Children need help and if their parents or guardians cannot help them, there should be a mechanism in place that will get them the help they need. When the authorities in Morocco jail children, they need to understand that they are creating future monsters. A prison is not a juvenile rehabilitation facility.

Elderly folks also rot in jail for long agonizing years and get forgotten because no one asks for them anymore. Aren’t we supposed to be Muslims and are not Muslims supposed to be compassionate and forgiving toward their fellow men and women, especially when they are at an advanced age?

I read many of the comments in social media about this case and the majority of Moroccans sadly believe that jails should be harsh and inhumane because it would discourage people from committing crimes. I like to inform those who hold this view that jails are harsh and inhumane in Morocco and they have not discouraged anyone from committing a crime; as a matter of fact, jails are getting more crowded even if their conditions are horrendous.

People choose not to commit crime in order to be a good citizen, and not out of fear of being jailed. The politics of fear never work; it is the tool of those who will take your rights away.

Lastly, and this is probably the most touching for me, is Mr. Cole statement that “I’m terribly sorry about him [his companion]- I want to do anything I can to help Jamal Wald Nass.”

Cole’s son, Adrian, added they would be consulting their legal team later, to discuss how they could help Mr. Nass.

This is real human kindness that we rarely witness in our own people. Anyone in Mr. Cole’s situation would forget about the whole thing, and try to move on. Instead, Mr. Cole and his family want to make sure that Wald Nass is not forgotten—they intend to hire a legal team to free him if he’s not already freed.