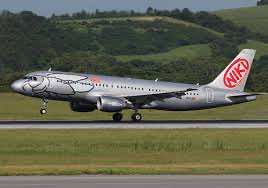 The new flight will be operated by the carrier every Wednesday and will last less than four hours, the company said in a statement.