Marrakech- 24 hours after the release of British Ray Cole from a Marrakech prison, his young  Moroccan friend Jamal Jam Wald Nass was also released on bail by the Moroccan authorities. The two man were arrested in late September on charges of homosexuality. 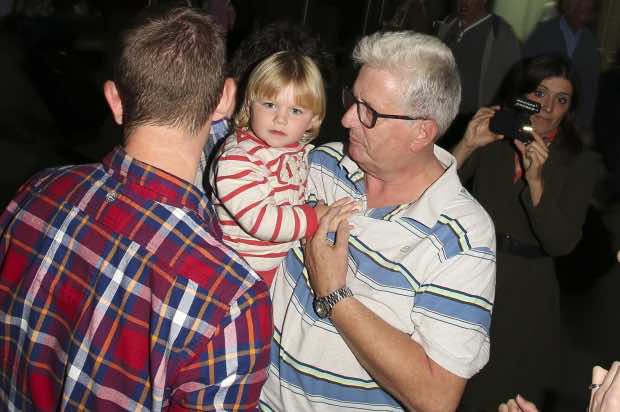 Marrakech- 24 hours after the release of British Ray Cole from a Marrakech prison, his young  Moroccan friend Jamal Jam Wald Nass was also released on bail by the Moroccan authorities. The two man were arrested in late September on charges of homosexuality.

Whilst Ray Cole, who was released on Wednesday, was allowed to fly to the UK, Jamal Jam Wald Nass may still face the appeal court and a possible prison sentence. The two men met through the social network Facebook.

The delay in the Moroccan’s release  may have been caused by a delay in filing the appeal with the Appeal Court in Marrakech, according to local sources.

A few hours before Ray Cole was released, a petition on the net demanded the immediate release of the young Moroccan and called for an end to “the major arrests of people because of their private practices” and the repeal of section 489 of the  Moroccan Penal Code. A text that the initiators of the petition describe as “outdated“ and “unconstitutional,” arguing that it dates back to the time of the French Protectorate.

Adrian Cole, the son of Ray Cole said in a statement to the British press that they had asked the legal  team representing  his father in Marrakech to provide legal assistance to Jamal Jam Wald Nass.

This case will reopen the debate on gay rights in the kingdom, and  Article 489 of the Moroccan penal code. In accordance with this article, homosexual acts are punishable by up to three years in prison and a fine ranging from 120 to 1200 dirhams.