Rabat -When Mohamed Bouazizi, a young Tunisian street vendor, was harshly molested by the police force of his country for doing business without a license, he felt his manhood and citizenship was being humiliated by a repressive regime and, as a result, poured kerosene over his body and lit a match to put an end to his miserable living conditions. 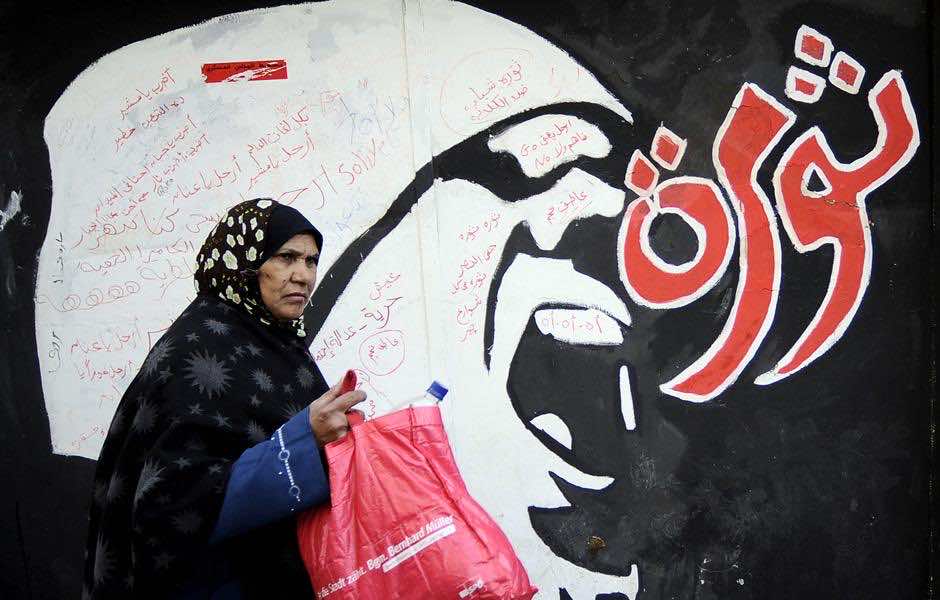 Rabat -When Mohamed Bouazizi, a young Tunisian street vendor, was harshly molested by the police force of his country for doing business without a license, he felt his manhood and citizenship was being humiliated by a repressive regime and, as a result, poured kerosene over his body and lit a match to put an end to his miserable living conditions.

The same match that put an end to his life prompted a larger dream of well-being for the Arab world: a dream of democracy and freedom from the yoke of dictatorship, humiliation, and feudal tradition.

This heroic and unselfish movement heralded the beginning of new era in the Arab region, and was called the Arab Spring. Indeed, Bouazizi’s match also ignited and a popular uprising in Tunisia, and its strong tide, quickly swept out the dictator Ben Ali. Unabated, the Tunisian flame of change was passed on to the youth of Egypt. Through protests, direct confrontations with the police, and sit-ins at Tahrir Square, they brought down the repressive regime of Hosni Mubarak.

In a domino-effect movement, revolutions reached Yemen and Bahrain, creating new political realities. Later, the wave hit the harshest military regimes in the region: Libya and Syria, where it triggered cruel civil wars, one of them still ongoing to this day, claiming thousands of civilian lives and an unprecedented exodus of the population.

What led to the uprisings?

Since the independence of the majority of Arab countries in the middle of the last century, the people were ruled by two kinds of regimes, different in format, but similar in outcome:

1- Traditional monarchies, autocratic and tribal, claiming religious legitimacy and winning over the population with generous amounts direct or indirect cash. Indeed, most of the rulers of the Gulf States, in the aftermath of the uprisings, generously handed out money to their people to rid them of their desire for change, if any existed. As for the monarchies that do not have oil, like Morocco and Jordan, to avoid popular ire, they initiated power devolution processes, through either constitutional amendments or more liberal governance.

2- Young republics that adopted pompous pan-Arabism theories and exhibited revolutionary socialist leanings, but cultivated repressive regimes that ruled by means of corruption, nepotism, and co-optation, as well as intimidation and terror.

These two forms of governance ruled the population through the following mechanisms:

– Maintaining the endemic illiteracy of the majority of the population;

– Keeping a strict control of the media; and

– Using the media subliminally to brainwash the population to create of stability and law and order, even if it is achieved these repressively.

These schema worked, more or less, for over half a century, until the digital revolution brought Internet and satellite television into all homes, breaking the spell of absolutism. Through television, people learned about other cultures where the individual was respected and celebrated, so they started questioning their political culture in all its different facets.

The digital revolution gave the ordinary citizen ultimate power to criticize, question, and most importantly, communicate easily with others who shared their beliefs. Until then, of course, information was controlled by the state, It was the most effective weapon of the regimes, far more powerful than crude force. Governments used it to brainwash citizens into believing that the state was their protector and that the beloved leader was their caring patriarch.

Once the population began checking various sources on the Internet and reading many other accounts and articles, they came to the conclusion that their leader was corrupt and oppressive. And using the Internet they organized their resistance, quietly, until Bouazizi struck his match and kick-started the Arab uprisings, which are still going on today, unabated.

What’s ironic about the Arab Spring is that the same autocratic regimes that were, to varying degrees, protected by the U.S. (like Tunisia’s Ben Ali, Yemen’s Saleh and Egypt’s Mubarak) were, on the other hand, brought down by non-lethal American inventions: the Internet and its related social media, such as Facebook, Twitter, and YouTube.
Regime change: no change
In the past, leadership changes in the Arab World only happened through one of two means:

1- Putsch: the military, unhappy with the reigning leader for one reason or another, decides to replace him. They mount a military coup, and he and his followers and family are either imprisoned in some regime gulag, or are killed to make room for a new team. Meanwhile, the people watch on, uninterested, because they know that the plight of repression will continue for them, as ever.

2- Natural death of the dictator: the leader dies of old age or illness, and the ruling party will designate his successor, in consultation with the army.

Nobody, in their wildest dreams, ever thought that the docile and “immature” Arab youth would ever successfully lead a popular uprising, simply because such events were always crushed in blood and in total silence. This time, however, things were different. Arab youth had more sophisticated weapons: PCs, tablets, smartphones, and the Internet, giving them the lethal bullets of social media and a powerful ally: world opinion.

The digital revolution has allowed every Arab young person to simultaneously be an organizer of political meetings and demonstrations and an efficient and fully operational news agency, capable of sending accounts, communiqués, and (most importantly) videos and images in their true form, and not as the dictatorships edit them, as they normally do, to lie.

Why did the Arab youth rebel?

The youth, from beginning, were imprisoned in traditional and absurd systems that are archaic, unfair, and belong in the Middle Ages. The existing societal systems are essentially tribal and patriarchal in organization. In such an organization, the individual has no existence whatsoever. He is a part of an extended family ruled by a patriarch who does not accept criticism or expression of dissent of any kind. As such, the political system is a mirror image of the social system: undemocratic and repressive. Thus, to preserve this way of life, the youth are educated into obedience and allegiance to the regime, and imprisoned for life for taboos of two kinds:

Arab societies have access to modernization and modernism, but disallowed the youth from using them. They were not allowed to have girlfriends and date and flirt with them publicly. They were told no sex before marriage, no expression of sexual identities outside of heterosexuality, no defiance of seniority, no independence of thought, no expression of opinion outside of the consensus, no criticism of religious or political establishments, and no freedom whatsoever for women. Worse, women were considered under age all their life.

The youth are required to express allegiance to repressive regimes and extoll their greatness. They are taught to tone down their discontent, if any, and are barred from expressing discordant opinions, or else they will go to prison or literally be killed or maimed. Thus, existing regimes instilled fear for any transgression in youth. Those that tow the line and show obedience are rewarded for their subservience with money, power, and seniority over those who do not, as if to say neutrality towards the establishment is synonymous of discordance and denial, and cannot be tolerated.

Did the Arab Spring falter?

The Arab Spring did not fail, as many people would argue, it just ran out of steam, for two reasons:
– First, the youth lack experience in managing the post-Arab Spring political situation, and as such they were supplanted quickly by the regimented and religiously-motivated Islamist groups, who, in turn, are losing the sympathy of the masses due to their harsh handling of daily life; and
– Second, the establishment, in many cases, of reforms that may or may not be genuine, either to defuse the situation or make minimal changes to ride out the storm.

However, the Arab youth have given the existing regimes a second chance. But most of them have squandered it, giving the Islamists a golden opportunity to govern and prove that they are different. But their attraction to religious absolutism made them lose credibility in the eyes of the public, and, thus, they are out, for the time being.

For the time being, the Arab Spring is taking a rest in the Arab world. However, its universal message is alive worldwide. Yesterday, it was the uprising of the Ukrainian people against undemocratic institutions. Today the Arab Spring is alive in communist China, through the “Revolution of Umbrellas”, conducted by the youth of Hong Kong who dream of true democracy in all of China, for once.

The Arab Spring is alive and well. Its next manifestation in the Arab world will not only finish off the political systems damaged by the first wave, but might also wreak havoc in the rich, conservative countries of the Gulf and reach theocratic Iran, where the ground is fertile for a change.

Everyone is duly warned of what is to come. Either initiate true change, or end up in the trashcan of history: the choice is yours.