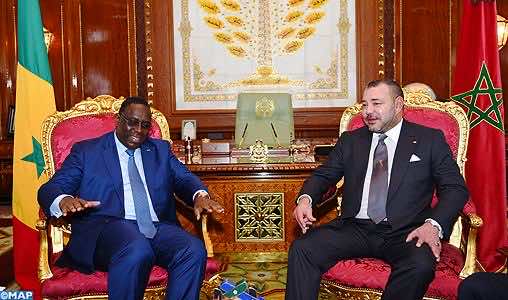 During this meeting, the two heads of state hailed the excellent relations between Morocco and Senegal.

The deep and historical relations between the two nations are continuously getting stronger and diversified on the back of the shared will and joint action by the two leaders, and have reached today an unparalleled level.

President Macky Sall had a stopover in Rabat before heading for Marrakech to take part in the 9th African Development Forum on Oct. 12-16 under the King’s patronage.