Marrakech - King Mohammed VI has called for uniting and pooling energies to rise to the great challenge of the 21st century: that of a united, stable and prosperous Africa. 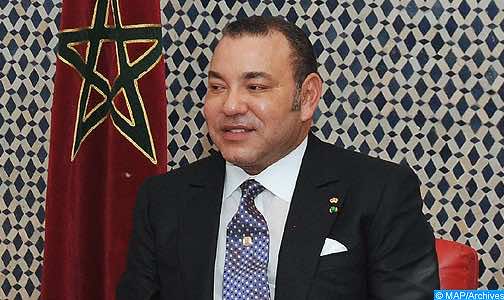 Marrakech – King Mohammed VI has called for uniting and pooling energies to rise to the great challenge of the 21st century: that of a united, stable and prosperous Africa.

“Our changing continent brings a message of hope and revival to the international community. By uniting and pooling our energies, we shall rise together to the great challenge of the 21st century: that of a united, stable and prosperous Africa,” the Sovereign said in a message to the 9th African Development Forum, which kicked off Monday night in Marrakech. 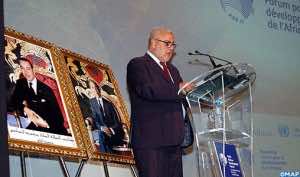 “Given this great potential and all these assets, it is more relevant than ever to recognize that, today, Africa needs win-win partnerships rather than conditional support – partnerships that can act as a catalyst for mobilizing financial resources, foster regional economic integration and improve Africa’s position in the international value creation chain”, the King said in the message, read out by the Government Chief, Abdelilah Benkirane.

For the monarch, the international community’s mobilization to support Africa financially should include other important dimensions and parameters such as good governance, strong institutions, institutional reliability and capacity building, regional and intergenerational cohesion and human resource development.

Recalling his message to the 69th United Nations General Assembly, wherein he said that the issue of development in Africa is not related to the nature of the soil or the climate, but rather to deep-rooted economic dependence, weak support, inadequate sources of financing and the lack of a sustainable development model, the King called on the international community to have a fresh look at the continent beyond classical patterns and approaches.

“As we call on the international community to have a fresh look at our continent – beyond classical patterns and approaches – we African countries are, ourselves, committed to experimenting and implementing new, innovative approaches and developing original, inclusive and mutually beneficial South-South cooperation programs,” the Sovereign stressed.

In this regard, the monarch noted that the Kingdom has been constantly guided by this great ambition. “In its relations with African sister nations, my country has been advocating a comprehensive, integrated approach that can at the same time promote peace and stability, enhance sustainable human development for all African men and women, ensure that the sovereignty and territorial integrity of States are respected and safeguard the cultural and spiritual identity of our peoples”, the King underlined.

“With the same resolve, I also seek to ensure that Africa learns to trust Africa, thus enabling our continent to muster all its assets and resources so as to make the most of the opportunities offered by globalization”, the Sovereign said, noting that the African continent is “determined to adopt a proactive approach and set in motion a dynamic process for the emergence of a “new Africa”- an Africa which is proud of its identity; a modern Africa which has washed its hands of ideologies and archaic notions; a bold, enterprising Africa.”

For the King, this determination constitutes, in itself, a call to the international community for an objective approach to development issues in Africa, voicing His conviction that the fact that African countries see eye to eye concerning the conditions required for the continent’s development and economic take-off means that there are strong synergies as well as tremendous prospects for complementarity that we can build upon in the most ambitious, forward-looking manner.

In this respect, the King pointed out that in addition to the overall, strategic vision of Africa as a whole, the continent’s sub-regional dimension needs to be taken into account when we develop, together, operational tools and mechanisms, underlining that this will make it possible for us to invest in regional economic communities as viable, competitive entities.

The Sovereign underlined that as well as helping to achieve continental integration, such an approach would enable African countries to foster regional groups and promote the emergence of geo-economic areas that would help them ensure a better position in the global economy and enhance their competitiveness.