New York (UN)  - Senegal reiterated Monday before the 4th Committee of the United Nations its support to Morocco’s "realistic and reasonable" autonomy plan for the ‘Western Sahara.’ 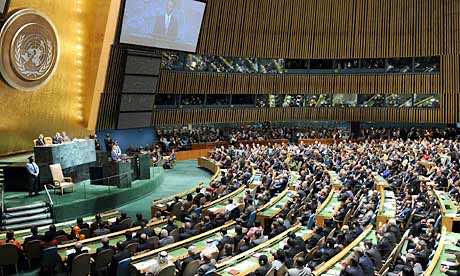 New York (UN)  – Senegal reiterated Monday before the 4th Committee of the United Nations its support to Morocco’s “realistic and reasonable” autonomy plan for the ‘Western Sahara.’

Senegal “would like once again to express its support to the Moroccan proposal presented in April 2007 granting broad autonomy” to the ‘Western Sahara’ on the basis of “respect for Morocco’s sovereignty”, said the deputy permanent representative of Senegal in the UN Sory Sylla.

“This realistic and reasonable initiative could, if implemented, contribute decisively to the settlement of this crisis as it offers the best prospects for a mutually acceptable and final solution”, he added.

Sylla noted that this dispute could seriously threaten international peace and security in a time when the Sahel region is facing growing dangers such as cross-border organized, drug trafficking and terrorism.

With these threats in mind, Senegal reaffirms its commitment to strengthening fraternal relations with all countries of the Maghreb.