Rabat  - Morocco's growth rate is expected to average 2.8 % in the fourth quarter of 2014, compared to 2.6 % in third quarter, according to the High Commission for Planning (HCP). 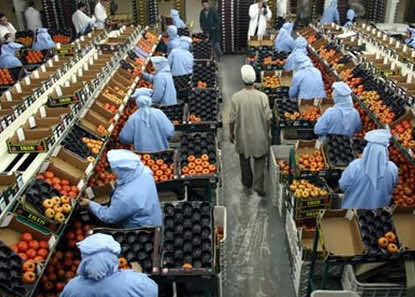 Rabat  – Morocco’s growth rate is expected to average 2.8 % in the fourth quarter of 2014, compared to 2.6 % in third quarter, according to the High Commission for Planning (HCP).

With a 2.4 % decline of agricultural value added and a 2.6 % increase of non-agricultural activities, national economic growth is expected to slightly accelerate to reach 2.8 % in the fourth quarter of 2014, according to new figures released by HCP.

Growth prospects in the fourth quarter 2014 should be more favorable than the last three quarters, HCP added.

Global demand for Moroccan export industries such as electronics and auto manufacturing is expected to grow by 3 %, Morocco’s planning body noted.

Growth for the overall year should therefore near 2.4 %, HCP concluded.