Marrakech - Less than a month after decisive defeat of the Scottish referendum on independence from the United Kingdom, Alex Salmond who is standing down as Scotland’s First Minister and is being replaced by Nicola Sturgeon, accused British Prime Minister David Cameron of betraying Scotland by reneging on pledges to grant more spending powers to the Scottish Parliament. His successor Nicola Sturgeon, echoed his concern. 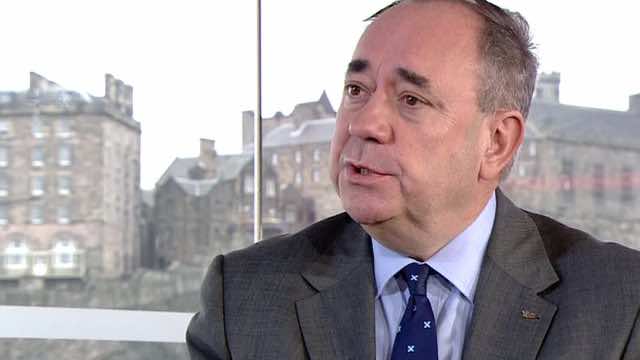 Marrakech – Less than a month after decisive defeat of the Scottish referendum on independence from the United Kingdom, Alex Salmond who is standing down as Scotland’s First Minister and is being replaced by Nicola Sturgeon, accused British Prime Minister David Cameron of betraying Scotland by reneging on pledges to grant more spending powers to the Scottish Parliament. His successor Nicola Sturgeon, echoed his concern.

The leaders of the UK’s three main parties, the Conservatives, Liberal Democrats, and Labour Party, made several promises for increased Scottish autonomy.

Since then, Britain’s London-based politicians have bickered over what amount to overhaul the way the United Kingdom is ruled.

However, the game-changer may very well be the UK Independence Party (UKIP) and its leader Nicholas Farage, who just won a critical election and are poised to win more seats. UKIP wants English MPs to only decide legislation and matters relating to England. This raises the question of how much public money should be allocated to devolved administrations and how much they should be allowed to raise their own revenue. It also raises the question of whether or not the number of Scottish, Welsh and Northern Irish Members of the Westminster Parliament should be reduced, since they have autonomous parliaments of their own. The so-called West Lothian question asks why MPs from devolved areas can vote on English legislation affecting England but English MPs cannot vote on legislation affecting Scotland, Northern Ireland, or Wales. Thus far, no answer has been forthcoming.

Alex Salmond has threatened that Scottish voters will take revenge against the Conservative-led coalition in the next UK parliamentary elections, due on 7 May 2015, unless Parliament calls for an earlier date. The Conservative party has one Scottish MP in Westminster and 15 members of the Scottish Parliament. The Liberal Democrats  are likely to lose heavily in the next election.

This might leave the Labour party as the winner, or there may be a more complex scenario with UKIP determining the balance, a party gaining strength at the expense of the Conservatives. UKIP wants Britain to leave the European Union. David Cameron is committed to holding a referendum on Britain’s EU membership in 2017 if he wins the next election in 2015. The EU remains the Achilles’ heel of the Conservative party, and may indeed be the cause of yet more defections to UKIP. “A suivre”, as they say.