Paris - Moroccan writer Fouad Laroui was awarded on Thursday in France the Grand Prix Jean Giono 2014 for his novel "The tribulations of the last Sijilmassi." 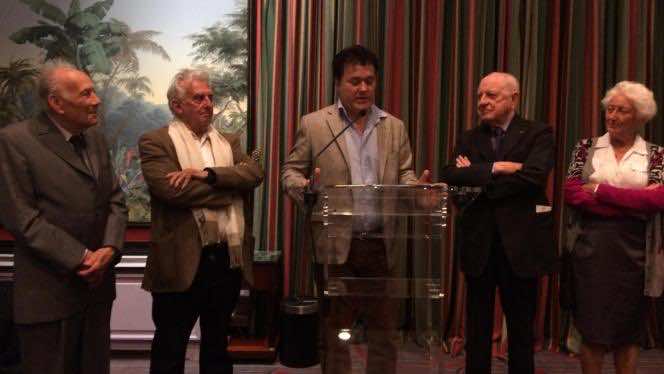 Paris – Moroccan writer Fouad Laroui was awarded on Thursday in France the Grand Prix Jean Giono 2014 for his novel “The tribulations of the last Sijilmassi.”

The Grand Prix Jean Giono, created in 1990, crowns the career of a French-language author who has championed or celebrated the art of the novel.

Fouad Laroui is a Moroccan economist and writer who was born in Oujda, Morocco. He authored several works as: “Les Dents du topographe” (1996) and “La Meilleure Façon d’attraper les choses” (2001).