Taroudant, Morocco - Following the recent decision of the National Federation of owners of bakeries to rasie the cost of a loaf of bread throughout Morocco, Mohamed El Ouafa, the Minister Delegate to the Head of Government in charge of Public Affairs and Governance, said that the government will not allow the price increase to take place. 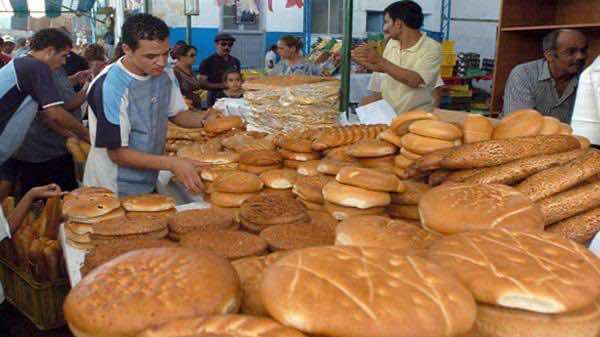 By
Larbi Arbaoui
-
Larbi is a freelance writer and assistant editor at Morocco World News.
Oct 16, 2014
Spread the love

Taroudant, Morocco – Following the recent decision of the National Federation of owners of bakeries to rasie the cost of a loaf of bread throughout Morocco, Mohamed El Ouafa, the Minister Delegate to the Head of Government in charge of Public Affairs and Governance, said that the government will not allow the price increase to take place.

At a press conference held on Wednesday, October 15, in the Ministry headquarters, the Minister of Corporate Affairs said that the government would not let the National Federation of owners of bakeries to increase in the price of bread.

The Minister said “the government will not bow to pressure and threats from bakers.” He added that the law states that price regulation should be in conformity with the competition without destabilizing the market.

El Ouafa confirmed that the Head of Government has called for the establishment of a ministerial delegation to follow this case closely study the current problems in the baking sector to ensure that the claims of the Federation are well justified.

It is worth mentioning that Lahoucine Azaz, President of the National Federation of bakeries, said earlier this week that the current critical situation of bakeries forced them to increase the price of bread, “in order to safeguard the dignity of the professionals at risk of going bankrupt.”

During a meeting of the House of Representatives on February 11, 2014, broadcasted live on the national channel, the Minister said that “the bread that costs MAD 1.20, funded by the Caisse de Compensation” (Compensation Fund), “is bad for the health of Moroccans,” but “unfortunately they love it.”

In turn, the Minister called for “reconsidering the basic components of our nutrition.”

The Minister’s statements were very controversial, given the fact that bread is the staple food that any Moroccan family cannot do without and is widely served with nearly all meals.