Rabat - In 2010, the Arab democracy spring came to life in Tunisia, this tiny North African nation that courageously rejected patriarchy, nepotism and tribalism and opted for democracy. 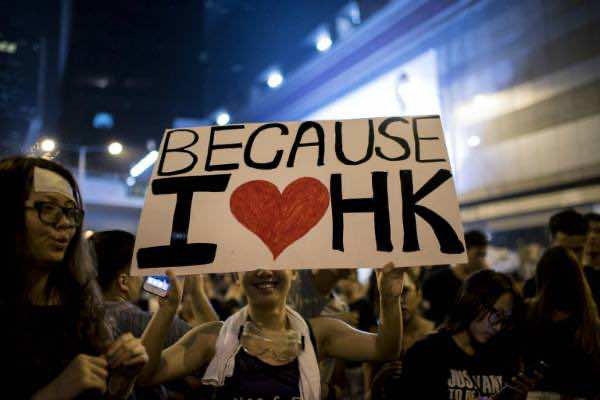 Rabat – In 2010, the Arab democracy spring came to life in Tunisia, this tiny North African nation that courageously rejected patriarchy, nepotism and tribalism and opted for democracy.

Sooner than soon, this romantic call for overthrowing absolutism engulfed the Arab world, ushering in the premises of a new beginning. However, this movement was in many cases swamped by blood and abject atrocities, but yet the hope for democracy and freedom is alive and kicking waiting for the next wave of uprisings to come about, and this will, undoubtedly, take place sooner or later, for nobody can resist the call for democracy and ensuing wellbeing and freedom.

For the first time in the annals of history, an Arab-born movement reverberated in democratic countries like Spain with the Indignant Movement 2011-2012 (Indignados or Moviemente 15-M), calling for more democracy and more youth representation in politics and which kicked off on May 15, 2011 in Madrid and 58 Spanish cities, and in America with the Occupy Wall Street (OWS) protest movement that started in Zuccotti Park, situated in the financial district Wall Street of New York City, on September 17, 2011, either out of copycat effect or simply as a result of romantic glorification of antidisestablishmentarianism.

Recently, Ukraine caught up the fever of the Arab Spring and overthrow the post-communist regime cocooned and supported by the Russian Federation, triggering the ire of the new Tsar Putin of Russia, who, hardened by his nuclear might, helped himself to Crimea unabashedly and is threatening to create a republic in the eastern part of Ukraine. Now, unexpectedly the democracy spring has reached China and is pitching its tents in Hong Kong at Mong Kok in Kowloon and in Admiralty on the Hong Kong Island.

When the British returned this territory to China in 1997, the latter accepted to maintain the democratic system of this territory within what was called “one country, two systems” and as such named it Hong Kong Special Administrative Region of the People’s Republic of China, a region with 426 square mile, a population of little over 7 million and a per capita income of $ 41,421, one of the highest in the world.

Today, Hong Kong is adapting the Arab Spring way because the Chinese authorities are going back on their promise of maintaining the British-inherited special political status. This democracy movement has been dubbed “The Umbrella Revolution” because protestors are squatting the squares, even under the rain, with their umbrellas wide open.

This movement is undoubtedly reminiscent of Tiananmen Square and certainly, the Chinese would not want another Tiananmen that could engulf this time the whole of China who, in the last decades, has allowed economic liberalism without political freedom. Now that the population has achieved an acceptable level of affluence, it is very much hungry for democracy and freedom of speech and it would do anything possible to get it. So, unless China meets the demands of the Hong Kong youth at once, the longer it procrastinate the tougher they will get. The youth are not ready to give up or be intimidated. They are serious about democracy.

Therefore, what are the possibilities for China to deal with this protest without creating ripples on the water surface?

Go back on its decision to change the status of this territory and blame the occurrence of such a decision on the governance of the local officials of the territory. This will save the face of China and satisfy the youth. However, this scenario has long-term dangerous implications. This will show that China’s resolve is weak and the movement may be copycatted elsewhere. China can still make use of repression but it fears to tarnish its image and commercial label worldwide. A situation, which will be costly economically speaking.

China will tergiversate hoping that the youth will, at the end, get tired and abandon their demands. It seems that maybe the strategy adopted by China is bearing, somewhat, fruit in the sense that the youth democracy movement is losing steam for the moment. However, China has to be careful with that because in the end, the movement after a period of dormancy could pick up strength and resurrect to be more effective and achieve the expected results in a second round. Experience has shown that such movements do not die; they just cower to let the storm pass.

China could feign to give in to the youth demands by adopting some minor changes to gain time and hope for the best, but again this could backfire on China at any moment and result in more discontent and even violence.

The Arab Spring effect is not something that will go away. It is a persistent social phenomenon of the third millennium. It will for sure comeback in different forms, because if China is doing well economically, its human rights record is atrocious and its democratic change is nonexistent and null.

Economically speaking, China is doing superbly well internally and externally. It has become a true economic powerhouse on the international scene and an important political player, too. Nevertheless, as the economy improves, the expectations of the people increase. After having secured bread, now they want freedom and democracy, and that is a legitimate human development that nothing in the world could stop or get rid of.

Have the Arab dictators been able to stop the democracy tide or rather the democracy tsunami? the answer is no, in spite of the use of disproportionate police force. When the time comes, maybe sooner than soon, people would rise against the Chinese regime as one man. Would the regime use the army to quell the uprising? I doubt the army, this time, will make use of raw force to smolder the widespread feeling of discontent in Hong Kong,, for fear to see the movement spread to mainland China, and also for fear to tarnish its image worldwide, at a time when this country is trying hard to sell itself and its products worldwide and has, as a result, aptly conquered several markets from its western competitors. China has undeniably become an international household brand, which the communist lords of Peking would not want to sacrifice for ideological reasons.

Therefore, the possible outcomes of this thorny situation are as follows:

1- The Umbrella Revolution runs out of steam and the students pack and leave the squares, which is unlikely. If this happens China’s stance of wait and see will win the day and the communist regime will feel further strengthened with its hush-hush response to popular anger; and

2- China would crush this mini revolution to show to the rest of the country and the world that communism reigns supreme in these lands and that economic and social liberalism do not equate with democracy, as a result.

By reaching the far and culturally-different and complex China, the Arab Spring has proved that it is, maybe, the most important phenomenon of the third millennium, bringing the gift of democracy to the most traditional and closed political systems of the world: the Arab countries, Ukraine and China, for the time being, and will certainly knock at other doors in the years to come to grace more peoples with the sweetness of freedom and democracy..

It must be made clear that the Arab Spring tsunami is, undoubtedly, the combination of the digital revolution and the peoples will, and as the digital miracle improves technologically and consequently reaches the most secluded corners of the world, the Arab Spring tsunami waters will arrive to these lands with the promise of change, equal opportunity, social justice and freedom..

So, beware, absolutist minds, drastic change is at hand.