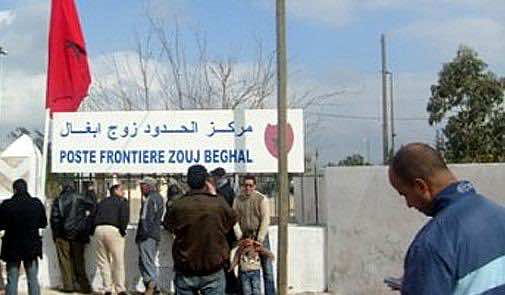 Sand Francisco- On Saturday, the Moroccan government said that an Algerian soldier had fired on Moroccan civilians on the northeast at the border with Algeria, badly wounding one of them.

The Algerians quickly called the accusations “misleading”, and said that Morocco is fabricating the story. Their version of the events says that “A group of Moroccan smugglers hurled stones at Algerian border guards who responded by firing into the air and there were no casualties”.

Moroccan authorities expected that by simply mentioning the incident, Algeria would do what any civilized country would do by at least saying, “ The incident is under investigation”

Such statement would show the world that Algeria is a responsible nation that respects and values human life regardless of geography. It would perhaps show Morocco a thing or two in the diplomatic field.

Instead, the Algerian regime chose to show what it perceives as “toughness toward its archenemy”, Morocco. This is very typical of a regime that has caused the death of hundreds of thousands of Algerians and offered amnesty to terrorists under the umbrella of “reconciliation”.

Instead of inviting the foreign press in Morocco and letting them conduct interviews with other Moroccan victims and perhaps show videos of any solid proofs they might have, Moroccan authorities simply released a photograph of a man with a bullet hole in his face. While the picture of the wounded man is horrific, it is not convincing evidence, especially when the victim is unable to speak. The only details that Moroccan authorities have released indicate that the ten Moroccan victims of shooting were from a nearby Moroccan town Douar Ouled Khaled.

When dealing with a regime that considers Morocco its lifelong enemy, the Moroccan authorities have to be prepared to make their case, not just release a photo and expect the Algerians to oblige and the world to believe them.

Let this incident serve as a lesson to Moroccan decision-makers. They must be certain, and have conclusive evidence when making any claims. Just because they believe that what happened is true does not mean that it is emphatic.

Let them also remember that this is a regime with which Morocco wants to open their borders. This is a regime to which they send hypocritical congratulatory messages on every holiday. This is a regime whose sole and ultimate goals is to see the Moroccan people on their knees begging for forgiveness.

It is mind-boggling that the Moroccan authorities are still repeating their mistakes by offering the Algerian regime propaganda tools they will use to quiet the Algerian masses. This statement, from Minister of Foreign Affairs Ramtane Lamamra is music to the ears of the 80 percent of people in Algeria who have never experienced peace with Morocco.

“The manipulation of facts and escalation in the speech of the Moroccan authorities, for shameful objectives, shows the irresponsible attitude that does not fit with the values of brotherhood and good neighborliness that bind the two peoples”