Marrakech - The Royal Institute of Amazigh Culture (IRCAM) celebrated the 13th anniversary of the Ajdir speech of King Mohammed VI on Friday. 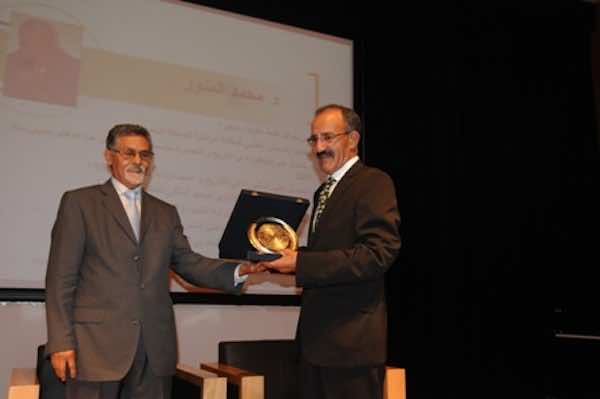 Marrakech – The Royal Institute of Amazigh Culture (IRCAM) celebrated the 13th anniversary of the Ajdir speech of King Mohammed VI on Friday.

During the event, the organizing committee, led by Saad Eddine Othmani, former Moroccan Minister of Foreign Affairs, and head of the National Council for Justice and Development party (PJD), presented 13 awards for contributions to  Amazigh culture.

The awards were given to the winners in the field of art, media, and education and training. Saad Eddine Othmani underlined the importance of the event for its contribution to the development of Amazigh language, culture, and arts. He noted that the award promotes Amazigh writers and actors and contributes to the development and creation of a new reality for Tamazight.

Othmani said that IRCAM demonstrated a clear and general view of supporting Amazigh culture by organizing the event. He mentioned that Morocco is the first country that has recognized Tamazight in its Constitution and given it the reputation it deserves.

The Director of this year’s awards also insisted on the fact that Tamazight is an issue of all Moroccans, not only of the Amazigh themselves. Additionally, he called for the implementation of the dispositions of the constitution with regard to Tamazight. He called also for the enactment of Tamazight regulatory laws, and the activation of the National Council for Languages ??and Moroccan culture.