Taroudant, Morocco - Muslim men in Kelantan, Malaysia, who are caught skipping Friday prayers three weeks in a row with no reasonable excuse may face a one-year jail sentence, according to the Kelantan Islamic Development Council, dakwah. 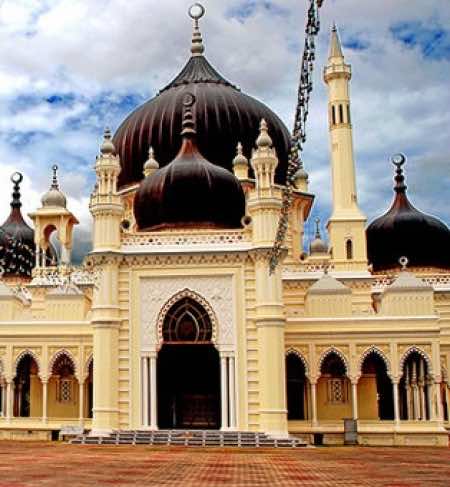 Taroudant, Morocco – Muslim men in Kelantan, Malaysia, who are caught skipping Friday prayers three weeks in a row with no reasonable excuse may face a one-year jail sentence, according to the Kelantan Islamic Development Council, dakwah.

Mohd Nassuruddin Daud, chairperson of the Council, said, “Those who have reached the age of maturity and have no concrete reason for skipping Friday prayers can be charged.”

According to the Malaysia Chronicle, Muslims who are found skipping Friday prayers “will be charged under Section 104 of the Council of Religion of Islam and Malay Customs (Kelantan) Enactment 1994, which states that an offender can be fined RM 1,000 or face a one-year jail sentence.”

“Friday is a noble day. There is no reason for men to skip Friday prayers, which are only held once a week,” Mohd Nassuruddin told the Kelantan state assembly yesterday.

Mohd Nassuruddin said that anyone, including the imam (mosque leader) and the mosque’s committee members, could report people who fail to perform Friday prayers three weeks in a row, so that they can be charged.

“Those who want to file a complaint should fill in a form and submit it to the Kelantan Department of Islamic Affairs (Jaheik),” he said.

In conformity with the teachings of Islam, Friday prayer, a congregational prayer (?al?t) that Muslims hold every Friday, is one of the most important prayers for all Muslims.

“O you who have believed, when [the adhan] is called for the prayer on the day of Jumu’ah [Friday], then proceed to the remembrance of Allah and leave trade. That is better for you, if you only knew.” Surat Al-Jumu`ah (The Congregation, Friday) 9.10

But nowhere in the Quran or Hadiths (sayings) of the Prophet is it stated that people should be forced to perform the prayer or other aspect of the religion.