Rabat - QPR manager Harry Redknapp criticized the Morocco international Adel Taarabt for being both overweight and unfit, and went on to add that the former AC Milan loanee does not deserve a spot in the British team's starting XI mainly because of his attitude and lack of excitement to represent the London-based side, according to media reports. 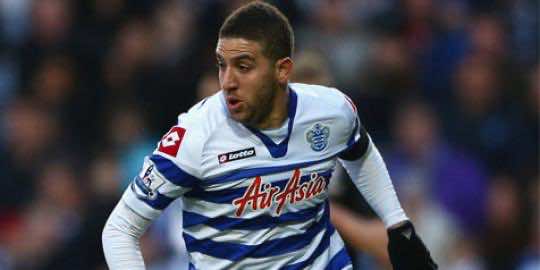 Rabat – QPR manager Harry Redknapp criticized the Morocco international Adel Taarabt for being both overweight and unfit, and went on to add that the former AC Milan loanee does not deserve a spot in the British team’s starting XI mainly because of his attitude and lack of excitement to represent the London-based side, according to media reports.

“[Taarabt] is not fit to play football unfortunately, the former Tottenham boss said.” I can’t keep protecting people who don’t want to run about and train, who are about three stone overweight. What am I supposed to keep saying, keep getting your 60, 70 grand a week but don’t train?”

The 25-year-old has only played 25 minutes thus far in the Premier League this season and was not called upon in QPR’s latest clash against Liverpool to whom they lost 3-2 in the dying moments of the game that took place at Loftus Road Stadium on Sunday.

Redknapp slammed Taarabt’s attitude and the fact that he is not putting enough effort in showing that he wants to continue playing for Queens Park Rangers.

“I pick people who want to try, who deserve to be at a good football club like QPR, who come in every day and want to work, train and show a good attitude,” he said. “When he starts doing that, if he ever can, maybe he’ll get a game.”

Taarabt, who formerly played under Redknapp while representing Tottenham Hotspurs, has always had problems controlling his attitude and failed in several occasions to exhibit a sense of professionalism both with the various European teams he played for and the Moroccan national team.

Many of the coaches who took over the Moroccan national teams in different periods have expressed their disappointment regarding the player’s lack of professionalism on and out the pitch.

One of Taarabt’s latest slip-ups was not answering calls from Badou Ezzaki, Morocco’s national team coach, to join a training camp in Portugal. He also abandoned the national squad, then under Belgian manager Eric Gerets, on the eve of a crucial 2012 qualifier against Algeria after it came to his knowledge that he wouldn’t be in the starting lineup.