Marrakech- After the recent shooting of a Moroccan citizen in Oujda (525 km northeast of Rabat) by an Algerian soldier, the family of the victim, Salhi Rizki Allah, has clarified how the incident occurred. 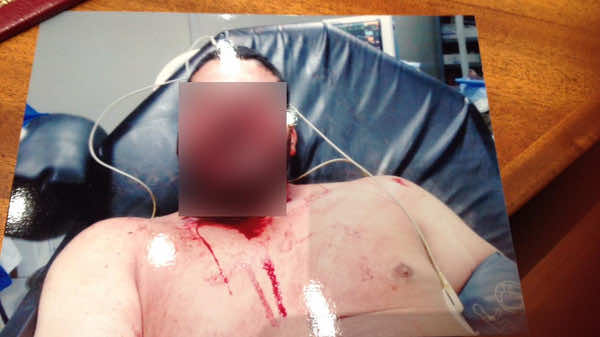 Marrakech- After the recent shooting of a Moroccan citizen in Oujda (525 km northeast of Rabat) by an Algerian soldier, the family of the victim, Salhi Rizki Allah, has clarified how the incident occurred.

In a video posted Oujda city local news site, the brother and father of Rizki Allah expressed their distress and despair at what happened to their son.

Rizki was shot from across the border by a soldier on Algerian territory while he was sitting near his house in the Al Araira Oulad Saleh neighborhood of Oujda, which stands on the border between Morocco and Algeria, at 10:30 am, on Saturday

Rizki’s brother stated that his “brother was sitting and was shot as soon as he stood up.”

“I heard the shots of three bullets, and was about to call my son to ask him if he had been there,” his father added.

Afterward, an official went immediately to the scene, and conducted an investigation into the situation, according to the same source.

Rizki’s father emphasized that “there is nowhere for us to go but to live on our land, where we have a farm, Alhdada,” to be protected by the authorities and live in safety.

Accompanied by his family and Member of Parliament Abdul Nabi Baoui, the victim has been hospitalized for treatment at Alfarabi Hospital of Oujda, and will have to undergo surgery to his face.

Memebr of Parliament Abdul Nabi Baoui gave a statement to Oujda City and appealed to the Minister of the Interior and Foreign Affairs asking them to direct a complaint against Algeria regarding this incident to the Security Council and other international organizations.

Notwithstanding the evidence presented by the Moroccan authorities to their Algerian counterparts, Algiers has so far not issued any apology for the incident. Instead, it has accused Morocco of fabricating the events, adding that the Algerian army fights against Moroccan drug smugglers.