Rabat - A young Indian footballer has died after the celebration of his goal went tragically wrong in India's Mizoram Premier League. 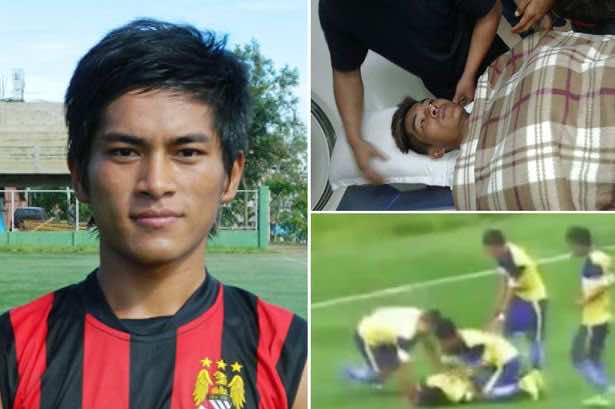 Rabat – A young Indian footballer has died after the celebration of his goal went tragically wrong in India’s Mizoram Premier League.

Having equalized for his own team in a game of the regional championship in the northeast of India, Biaksangzuala Peter, 23, has embarked on a series of flips and somersaults to celebrate his goal, but unfortunate he fell and broke his neck, according to local media.

The midfielder fell tragically on his neck, liying flat on the ground and hisTeam-mates immediately rushed to his aid.

Unsuccessful to heal his injuries during the five days he spent in the hospital, the doctors announced his death early hours of Sunday.