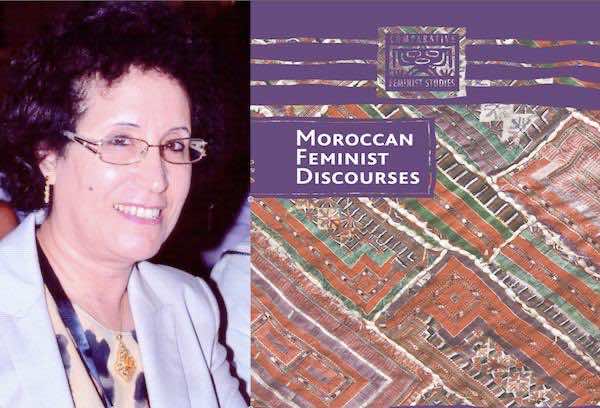 The central idea of this book may be expressed in the following way: Berber, a historically women-associated language, is made official in the Moroccan 2011 Constitution: an unprecedented and unique event in the modern history of the country. This recognition propels the Berber language and culture in the spheres of authority and calls for an enlargement of the intellectual scope of the Moroccan feminist discourses by including the missing Berber dimension. This inclusion will put an end to a longtime paradox in these discourses: although Berber women’s agency is commonly acknowledged as ancestral and ubiquitous in a country that counts the largest Berber community, it has never been recognized in the Moroccan mainstream feminist discourses, largely rooted in the coming of Islam, the harem, urbanization, and postcolonial modernity with little room for the living symbolism of the pre-Islamic eras, ruraliness, orality, art, and rituality. The dynamics of today’s overall socio-political, regional and global contexts, and the recent uprisings in the region are conducive to more inclusive Moroccan feminist discourses where the spectacular emergence of Berber is accommodated.

In an attempt to address the central idea of the book, five interrelated sub-themes are developed: (i) the significance and challenges of the twenty-first emergence of Berber identity in Morocco, (ii) the historicity (historical legitimacy) of Berber women’s agency, (iii) the sources of authority in Moroccan culture, (iv) the deficiency of the existing empowerment measures and the discourses that accompany them, and (v) the necessity of a larger-than-Islam framework for Moroccan feminist discourses. Each one of these sub-themes is addressed in a specific chapter. Together, the chapters underscore the fact that Berber women’s acknowledged historicity in a space-based patriarchy that uses powerful sources of authority is excluded from material empowerment strategies and the feminist discourses that accompany them. However, the nascent democratization process, the re-emergence of various Berber icons in today’s youth culture, and especially, the elevation of Berber to an official status force Berber women’s agency and experiental knowledge as part of a more inclusive symbolic empowerment, and opens the door to a larger-than-Islam framework for Moroccan feminist discourses.

Designed to set the ground for the subsequent discussions in the book, the first chapter underlines the significance and challenges of the spectacular twenty-first century emergence of the Berber identity in Morocco.

Using the background emergence of Berber and the cultural canvas of authority, power and agency in Moroccan society provided by the first and second chapters, the chapter highlights the historicity of Berber women’s agency, namely, their agency in preserving the Berber language and culture and in the making of Moroccan history. From the pre-Islamic goddess Tanit and warrior Kahina, through the Islamic saints, to the modern female icons, Berber female agency is part and parcel of Morocco’s past, present and future in spite of its marginalization in official history.

The third chapter addresses the sources of authority in Moroccan culture. These sources are of two main types: primary and secondary. The primary sources have strong cultural weight and include patriarchy, religion, language, the geography/modernity nexus, and monarchy. The secondary sources have strong “relaying” weight and include family, the mosque, the school, street, the workplace, the Makhzen (king’s immediate political circle), the parliament, and the court of justice. The two sources of authority feed into and strengthen each other. The nature of these sources is relevant from the perspective of this book in the sense that it explains the dominant male readings of Berber women in the history of Morocco, the dynamics of women’s empowerment, and the nature of feminist discourses in this country.

The fourth chapter builds upon the conclusions of the preceding three chapters: the historicity/agency of Berber women and their subsequent marginalization and the combination of the patriarchy/authority background of Moroccan culture are reflected in a non-inclusive material empowerment of women and corresponding exclusive feminist discourses in the country. This chapter problematizes the dynamics of current women’s empowerment and the feminist discourses that accompany this empowerment.

The fifth and last chapter is a synthesis of the preceding four chapters. Granting that Berber women have long lived in a space-based patriarchy, which explains their absence from authoritative history and material empowerment and the corresponding feminist discourses, this chapter seeks a more inclusive alternative: a larger-than-Islam framework for the Moroccan feminists discourses where symbolic empowerment and a wider understanding of women’s knowledge make sense. The advent of democratization and the elevation of Berber to the rank of “official” language are conducive to such an alternative.

By including the missing language and culture perspective, this book departs from mainstream Moroccan feminist discourses (secular and Islamic) where socio-cultural issues are either backgrounded or presented as hurdles to women’s progress; it targets an overall view of Moroccan women that both includes and goes beyond the Islamic/ist perspectives. The language and culture perspective allows an exploration of Berber women’s agency and its impact on today’s feminist expressions of the self. This perspective is reinforced by the current trend to revisit the past in order to understand the present and the future, largely inspired by an emerging search for identity in an increasingly troubled world.

For Dr. Sadiqi, this book is “both scholarly and personal.” She continues:

Moroccan Feminist Discourses is a book I have always wanted to write. When I started writing about the Berber language and culture in the late 1970s,and about Moroccan women issues in the mid-1980s of the last century, I was attracted to both as two “separate” domains of reflection. From the early 1990s onward, I gradually began to sense the extraordinary link between the two, not only in theory but also in my own life: I originate from a monolingual Berber rural village and have become multilingual through education and movement to the city.[1] In this transition, Berber was my mother tongue, I learnt Moroccan Arabic in peer groups, Standard Arabic and French at school, and I chose English for my graduate studies. To do well at school I had to accommodate housework and homework and as child I refrained from using Berber at school lest my friends would make fun of me. I, therefore, experienced the pervasive power of patriarchy and language very early in my life. My other awareness of the pervasive power of Berber female icons in today’s “militant” voices was greatly enhanced by my twelve years experience in co-editing the anthology Women Writing Africa. The Northern Region (The Feminist Press, 2009). The Berber women’s oral and written texts I gathered and analyzed pushed me to reflect more on the impact of Berber language and culture on today’s feminisms. Overall, I have been involved with the ups and downs of Berber and the Moroccan feminist discourses for more than three decades, which makes this book both scholarly and personal, hence the introduction of each chapter with a short personal vignette.

Regarding terminology on the use of the term “Berber,” Dr. Sadigi said: “As this book is written in English, I use the term “Berber” (a non-indigenous term) instead of the more politically correct term of “Amazigh” because unlike in Arabic and French, “Berber” is not a pejorative term in the Anglo-Saxon literature.”

[1] My father was a military officer. A whole generation of rural women who could access school and ascend in the social ladder had military fathers. This breed of fathers had the characteristic of both clinging to their rural roots and seeing in education the only means to survive in the city. From a gender perspective, these fathers were interestingly more open and less conservative than many urban fathers. Their story is yet to be written.

Fatima Sadiqi is Professor of Linguistics and Gender Studies and Founder of the Center for Studies and Research on Women at Sidi Mohamed Ben Abdellah University, Morocco. She is the author of Women, Gender, and Language in Morocco and the editor of Women and Knowledge in the Mediterranean,Women in the Middle East and North Africa: Agents of Change, and Women Writing Africa.