Madrid  - Spanish foreign minister José Manuel García-Margallo said "daily measures" are being taken to ensure the release of the Spanish young woman of Sahrawi descent Mahjouba Mohamed Hamdidaf held in captivity by the Polisario since last summer in the Tindouf camps in southwestern Algeria. 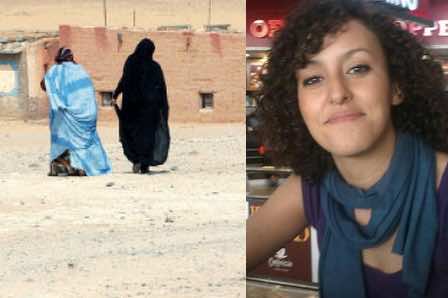 Madrid  – Spanish foreign minister José Manuel García-Margallo said “daily measures” are being taken to ensure the release of the Spanish young woman of Sahrawi descent Mahjouba Mohamed Hamdidaf held in captivity by the Polisario since last summer in the Tindouf camps in southwestern Algeria.

The embassy and the consulate of Spain in Algiers “are taking daily measures” in order to end Mahjouba’s detention, Spanish media quoted Spain’s chief diplomat as saying.

Margallo noted that it is a “delicate issue”, expressing his hope to see the ongoing negotiations for the release of Mahjouba “brought to a successful conclusion”.

Mahjouba, who has been working for the London-based “Marie Curie Foundation Care” and intended to pursue her studies in the British capital, visited last summer the camps of Tindouf in order to see her biological parents. Once she arrived there, she was stripped of her passport and money to prevent her from returning to Europe as scheduled on Aug. 18.

The Spanish foreign affairs ministry had said it is taking the necessary steps to solve this problem, meanwhile, the province of Valencia, where Mahjouba lives, decided to suspend all agreements and aids for the camps until the affair is resolved.