Rabat - The Confederation of African Football (CAF) has criticized UEFA president Michel Platini's latest media appearance with Qatari network beIN SPORTS in which he addressed the legitimacy of concerns raised by Morocco to call off next year's edition of the Africa Cup of Nations, the continent's biggest football event scheduled to be held between January 17 and February 8, over fears of the Ebola epidemic. 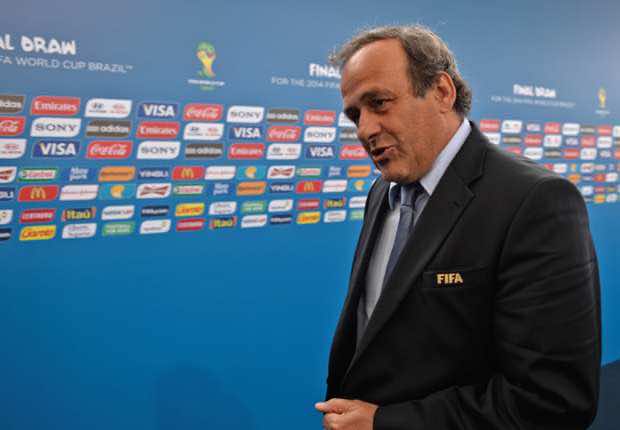 Rabat – The Confederation of African Football (CAF) has criticized UEFA president Michel Platini’s latest media appearance with Qatari network beIN SPORTS in which he addressed the legitimacy of concerns raised by Morocco to call off next year’s edition of the Africa Cup of Nations, the continent’s biggest football event scheduled to be held between January 17 and February 8, over fears of the Ebola epidemic.

In a televised debate with the sports network on Sunday, Platini said that Morocco has the right to “ask themselves about the organization – or not – of the Afcon.”

“They should contact the world Health Organization to know if there is risk or not to play it. I think the health of the people is an absolute priority. It would not be easy to postpone it; the football calendar is extremely packed already,” the Frenchman added.

After the planned host, Morocco, asked for a postponement, CAF was given a negative response by almost every country it has approached to host the tournament. In a statement, CAF urged UEFA’s boss to “respect the sovereignty of Africa’s football governing body and that no one is allowed to interfere in the management of its affairs.” The statement went on to say that “the president of UEFA, Michel Platini, found it necessary to question maintaining the scheduled date of the Afcon.” And explained that “the issue has been debated and has been in the public domain over the past few days following a request for postponement by Morocco due to the Ebola outbreak.”

“CAF, under the leadership of its president, Issa Hayatou, has always promoted free expression within it. Therefore, a claim that it would deprive anyone latitude to express themselves is far from the truth. But we must beware of what appears in every way as interference by a president of a confederation, in cases involving first and foremost Africa and CAF,” the statement added.

South Africa’s sports minister Fikile Mbalula has announced that his country has no intentions of hosting Afcon 2015. “I can tell you unambiguously and categorically that hosting is a no no,” Mbalula told South African media.

Ghana’s president has also announced that the hosting of the tournament is not one of his country’s priorities.

CAF had written to a few countries including Ghana and South Africa to ask if they can be hosts of the upcoming tournament if Morocco eventually withdraws.

However, Nigeria has expressed interest in hosting the Afcon although the country has not yet been officially asked by the CAF, according to the news website NigeriaNewsday.

The vice president of the Nigerian Football Federation, Seyi Akinwunmi, believes Nigeria has the capacity to host Africa’s largest sports tournament even as defending champions, the same source added.