Ottawa - Canada has raised its national "terrorism" alert, officials said, after a soldier run over by a suspected jihadist died in hospital. 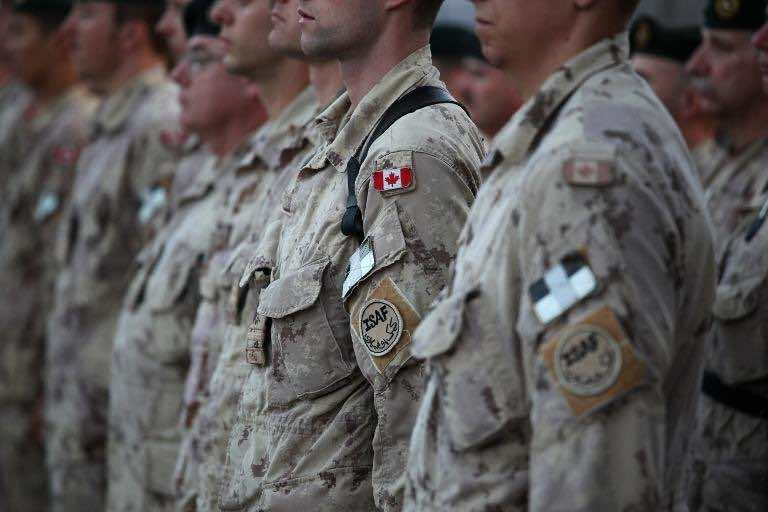 Ottawa – Canada has raised its national “terrorism” alert, officials said, after a soldier run over by a suspected jihadist died in hospital.

The alert level was raised from low to medium after authorities said a man they believed to be “radicalized” struck two officers with his car Monday, but authorities said the heightened alert was not “the result of a specific threat.”

“This level means that intelligence has indicated that an individual or group within Canada or abroad has the intent and capability to commit an act of terrorism,” Jean-Christophe de Le Rue, a spokesman for the Public Safety Ministry said.

The assailant in Monday’s attack was identified as 25-year-old Martin Couture-Rouleau, who was briefly detained at a Canadian airport last July when he sought to fly to Turkey, federal police said.

Police did not have enough evidence to charge him with seeking to join a terrorist group abroad and released him.

Couture-Rouleau was fatally shot by police after he struck two soldiers with his car in a Quebec parking lot — a scenario which had been depicted only last month in IS propaganda.

Defense Minister Rob Nicholson said the soldier’s death “in a senseless act such as this only strengthens our resolve” to take on militant groups such as IS.

Couture-Rouleau smashed his car into the two soldiers in a supermarket parking lot before fleeing with police in pursuit.

He called 911 to tell emergency workers about the attack as it was happening.

Police said he then crashed his car into a roadside ditch and rolled it over. When he extricated himself from the wreckage brandishing a knife, officers shot him.

The slain soldier had been admitted in critical condition to a hospital in Saint-Jean-sur-Richelieu, 40 kilometers (25 miles) southeast of Montreal. At 53 years old, he had served most of his adult life in the military.

Officials said the injuries to the other soldier were not life-threatening.

The motive behind the attack is still being investigated.

Quebec police said Couture-Rouleau may have stalked his victims, waiting for them in his car in the parking lot for more than two hours.

They said the “terrorist thesis (was) being considered by investigators,” but did not specify any links between the suspected attacker and any outlawed groups.

Royal Canadian Mounted Police Commissioner Bob Paulson said he had been identified as someone who “might commit a criminal act for terrorist purposes.”

RCMP spokeswoman Martine Fontaine said his family had become concerned by recent changes in his behavior, and reached out to authorities for help.

She said police were in touch with Couture-Rouleau’s imam and other community members to try to reach out to the man.

“We worked with him, with the imam in the mosque he was attending and with police officers that are part of our community service to try and exert a positive influence over him,” Fontaine told reporters.

“Many interventions with Mr. Martin Rouleau were carried out to try and avoid, in vain unfortunately, the tragic events in Saint-Jean.”

“Certain things from his Facebook page indicated that he was radicalized and that he wanted to leave the country to fight on behalf of an ideology,” Fontaine told reporters.

He was monitored alongside 90 other Canadians determined to be possible threats to national security, said Fontaine.

During their last meeting on October 9, she added, the young man professed a desire to turn his troubled life around.

The Canada case carries an echo of the murder of British soldier Lee Rigby in London in May 2013. Rigby was run over by two Muslim converts before being stabbed and hacked to death.

The Islamic State group gained international attention in August, when its fighters and allied militant groups swept through the Iraqi city of Mosul and overran territory north and west of Baghdad.

Western governments fear that the group could eventually strike overseas, but their biggest worry for now is its gains in Iraq and Syria and the likely eventual return home of foreign fighters.

The latter concern led Ottawa to provide its intelligence agency with new powers to track Canadian citizens with suspected terror links when they travel abroad, in soon-to-be updated legislation.

The government said it was aware of more than 130 Canadians overseas who are “suspected of terrorism-related activities.”