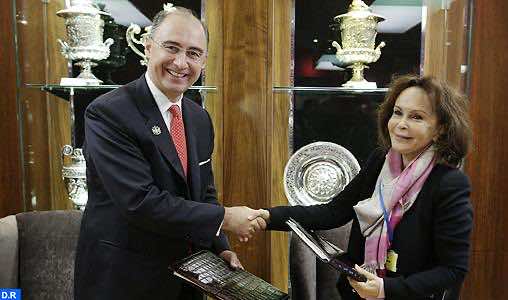 The agreement was inked by LSEG Chief Executive Xavier Rolet and CEO of Maroclear Fethia Bennis, in the presence of minister delegate to the minister of industry, trade, investment and digital economy, in charge of small enterprises and informal sector integration Mamoune Bouhdoud, as well as other British and Moroccan figures.

This agreement follows the one signed last June by LSEG and Casablanca stock exchange to set up a strategic partnership seeking to turn the latter into a hub for finance in Africa.

“This extension of our partnership with Moroccan market infrastructure providers represents another important step for new business and investment opportunities across north west and central Africa.

By expanding the range of capital markets services available to Moroccan institutions and market participants, we can ensure economic ties between the UK, Europe and the region are further strengthened,” Rolet said in a statement