Fez - The Oxygen Academy will Hold competition for public Speaking on November 23 in Casablanca. 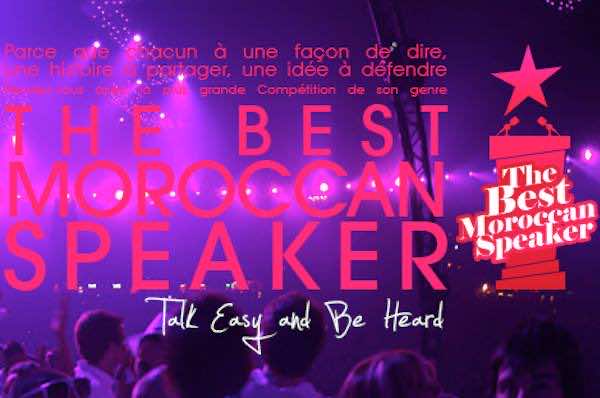 Fez – The Oxygen Academy will Hold competition for public Speaking on November 23 in Casablanca.

After two months of preparation, Oxygen Academy is launching a competition whose objective is to motivate youth to excel in public speaking and brush up on their conversational skills.

Anas Mubarak, the founder of the project, said “I have diligently worked for more than two months to bring the competition to light, aiming at enriching the Moroccan web and highlighting the importance of speaking publicly.”

Candidates, who should be under 24 years of age, will face three rounds of competition: pre-selection, a semi-final, and a final stage.

The pre-selection will take place on Sunday, November 2, and will involve selecting 20 to 25 candidates based on their skill at speaking about a subject for three minutes. The semi-final will be in Diwan Hotel on November 9.

The final will take place in the Mohammed VI Theatre, where five candidates will be competing to win the Best Speaker title of 2014 in the presence of prominent web figures and approximately 700 other spectators.

The winner will receive MAD 10,000 and training in public speaking. The deadline for participation is October 28.