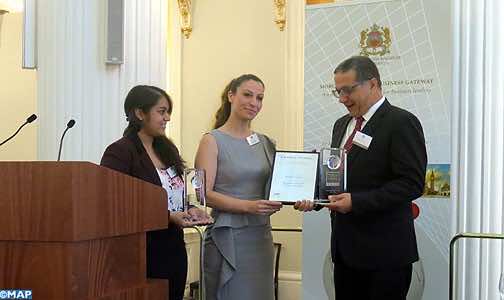 The prizes were handed to economy minister Mohamed Boussaid on the sidelines of the Conference on Investment in Morocco, held at the Mansion House.

Wessal Capital is a new generation investment tool, owned equally by the investing countries: the United Arab Emirates -through Aabar Investments PJS, the State of Kuwait – through Al Ajial Investment Fund Holding, the State of Qatar -through Qatar Holding LLC, and the Kingdom of Morocco- through the Moroccan Fund of tourism development, in addition to Saudi Arabia- via the sovereign Public Investment Fund, raising the overall invested amount to 3.4 billion Dollars (29 billion dirhams).