Morocco World News
Home Society Expatriates Journals of a Moroccan Fulbrighter in America (9): On the bus

Austin - When studying exotic communities in remote places, foreign anthropologists always face the problem of how to get beyond observable behavior and fathom the inner life of individuals, that is, their worldview. It usually takes years of close contact with a community before an anthropologist can achieve any reasonable understanding of their worldview. 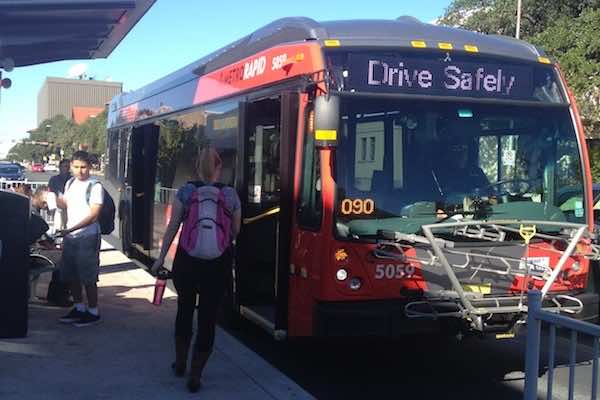 Austin – When studying exotic communities in remote places, foreign anthropologists always face the problem of how to get beyond observable behavior and fathom the inner life of individuals, that is, their worldview. It usually takes years of close contact with a community before an anthropologist can achieve any reasonable understanding of their worldview.

My situation in America is not very different from that of a foreign anthropologist. Many people I know from Morocco ask about my opinion about Americans: are they nice, smart, hardworking, and so on and so forth. I guess they want to know whether Americans are as we believe them to be. People are usually inclined toward global judgments or general pictures which could enable them of grasping reality mentally. But social reality is so complex and illusive that any mental representation of it can only be a distorted representation. If a dedicated anthropologist is ready to spend years in order to understand what individuals mean by this or that behavior, ordinary foreigners are not as patient as that. They are not just observers; they are actors and for that, they are under pressure and don’t have the time that an anthropologist may have. They want a global picture for immediate needs. But with global pictures always come stereotypes, unwarranted generalizations and other social evils. For that reason, I can only talk about the observable.

Apart from the university, the bus is so far the only place where I can see people behave in meaningful situations, even though for a limited period of time. Buses certainly give a certain idea about a people. In Austin, the bus is usually on time. Passengers greet the driver first, and when they get off, they usually say to him/her “thank you”. Bus drivers are generally nice and helpful. I remember once I took the wrong line and ended up in a different part of the city. I had to ask many drivers and take a couple of lines before reaching my final destination. Some of them were very laconic: their brief answers were discouraging for me, but I wasn’t sure whether they should be taken as unwelcoming signs or not. One thing is certain: they were not explicitly impolite. Lady drivers are particularly warm. Some of them would ask a passenger: “How are you?” and the passenger would respond: “good, and you?” and then she would say: “good, good”. You might believe they know each other well, but in fact they needn’t in order for them to interact in such a way.

On the bus, you could see different races and different types of people. Whites are certainly more numerous, but Latinos are equally numerous in Austin. It’s not unusual to hear people talking Spanish or switching between Spanish and English. Many others speak English with an accent, which must be suggestive of their origins, at least for those acquainted with the languages of new immigrants to America. For me, the external side is the most salient sign of origin. There is, for example, this old man I frequently see on my way home; he wears a turban that most probably indicates his Indian (or Sikh) origin. On one occasion, I saw a young man wearing a similar turban. I wondered why a man should stick to such tokens even when he is far away from his community.

In the evening, the bus can be crowded. Those who take the bus on such time are more talkative than those I see in the morning. It seems to me that many of them are manual workers or hold small jobs. They carry bags in which they put everything they need for the whole day, including a bottle of water. Some of them are so tired that they fall asleep as soon as they take their seats and the bus sets off. Once, a young man fell asleep and started snorting. But those who draw my attention most are the black people. They are usually laughing and chatting loudly. Of all ethnic groups I’ve seen, they are the ones who remind me most of Moroccans in popular neighborhoods. Of course, I’m talking here about the black people I see on bus N° 5 heading toward South Austin.

Generally, you can’t get much from silent passengers. They are usually focusing their attention on their phones, surfing on the internet. Nevertheless, some of their faces have stuck in my memory. The young man with long straight hair pulled tightly into a knot on top of his head. He is calm and rarely turns right or left. Now and then, he would draw a comb and use it to keep his hair straight and tidy. Another young man has dyed his hair in different colors, one of them is pink. His jeans are torn at the knees. But most astonishing of all is this old crooked man with a large suitcase and many bags. It would take him quite some time to get on the bus and take a seat because of his luggage. Despite this, he would sometimes get on at one bus stop and get off at the next. He is never regular: sometimes he would get off at one station, and sometimes at different ones. He looks clean and always shaved, but he is probably homeless.

In comparison, passengers who talk to each other can communicate something about how Americans live their lives. Now and then, a couple of young people would engage in conversation about their weekends or their job or school relations. Once, a young man was telling his story to an old lady sitting opposite him. He seemed proud of his job promotion, and of being a self-made man. He said his father never gave him a cell phone, and even now that he had a job, he keeps only a cheap brand, which he drew out of his pocket to show it to her. On another occasion, an old woman asked a young lady with a headscarf opposite her: “What’s your name in Arabic?” The young lady answered “Hiba”. The woman rehearsed the name a couple of times, as if to taste it, and said: “It’s a beautiful name”. Soon after that, she introduced herself and they engaged in friendly conversation.

I have never witnessed any violent incident on the bus. People usually use magnetic cards to pay for the fare: there are no tickets and no conductors. I’ve never witnessed any attempt to escape payment. Once, an old man with a large bag and a blanket swiped his card and it turned out useless. The driver just let him on. Later on, I saw the man begging in the street. He was holding a plate on which the USA acronym was rendered: Unemployed Senior American. Yes, there are beggars in Austin. I was approached on a number of occasions by individuals who asked for a dollar to take the bus. Some of them were young and strong and capable of working.

Quite a world a bus can be!