Rabat - Morocco is "very concerned" by the Israeli escalation in Al Quds Asharif and calls the international community to take up its responsibilities and make pressures to lead Israel to stop its assaults on Al Aqsa mosque and end the judaization acts and construction of settlements in the holy city. 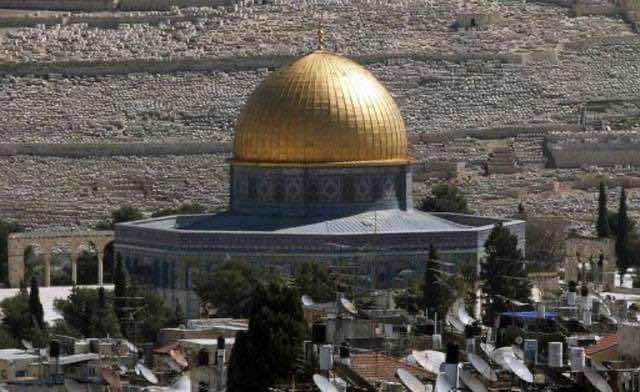 Rabat – Morocco is “very concerned” by the Israeli escalation in Al Quds Asharif and calls the international community to take up its responsibilities and make pressures to lead Israel to stop its assaults on Al Aqsa mosque and end the judaization acts and construction of settlements in the holy city.

“The Kingdom of Morocco is following with great concern Israel’s escalation regarding the issue of Al Quds Asharif, as Israeli authorities are repeatedly making provoking statements in an attempt to undermine the legal status of Al Quds Asharif as part and parcel of the occupied Palestinian territories in 1967, as it had been set by the international resolutions,” says a statement of the Ministry of Foreign Affairs and Cooperation released this Friday.

These practices are likely to contribute to bogging down the Palestinian issue into the labyrinth of religious and inter-faith conflicts, in the run up to the holy sites occupation, the release deplores.

Morocco, which also voiced concerns over systematic and repeated assaults against Al Aqsa Mosque, as well the intensification of settlements in the holy city, also strongly denounced Israel’s hostile behavior which deepens the feeling of injustice among the Palestinians and the millions of Muslims worldwide.

The same release stressed that these practices breach the United Nations resolutions regarding Al Quds Asharif and the other occupied Palestinian territories and jeopardize the international community efforts to reach a fair settlement to the Middle East issue.

Morocco, whose sovereign, King Mohammed VI, chairs Al Quds committee, intends to host in the first week of November 2014, a coordination meeting of the Organization of Islamic Cooperation’s ministerial group, in keeping with a recommendation adopted by the 20th session of Al Quds committee and the two latest meetings of the OIC’s foreign ministers council, the source added.

Through this meeting, Morocco plans to send a message from the Islamic world to influential superpowers on the need to defend Al Aqsa and Al Quds Asharif, keeping in mind that respecting the Palestinian people’s rights, essentially the right to establish a state with Al Quds Asharif as a capital, is the only way for fair and lasting settlement to the middle east conflict and, hence for the consolidation of international peace and security.