Rabat - The Interior Minister announced the Royal decision to reinforce the national plan in force to fight all threats facing the Kingdom. 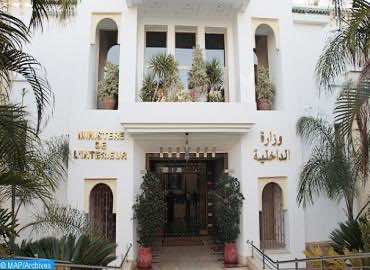 Rabat – The Interior Minister announced the Royal decision to reinforce the national plan in force to fight all threats facing the Kingdom.

A new security mechanism called “Hadar” will be set up and will include the Royal Armed Forces (FAR), the Royal Gendarmerie, the Police and the Auxiliary Forces, said on Saturday a statement by the Interior Ministry.

The said mechanism will be set up gradually to back action by State services for the protection of citizens and foreign visitors. It will cover sensitive sites in the Kingdom, it added.

These measures were announced at a meeting, on Saturday in the Casablanca Mohammed V airport, in implementation of the King’s instructions, by the Interior Minister, the Equipment Minister and the Minister Delegate for the Interior on security measures in this airport platform and other Moroccan airports.

During this meeting, they surveyed action plans by each participant at the airport level, seeking to thwart any illegal act and face any threat that might target this airport or air navigation in general, the statement said.

After the meeting, the officials visited the premises to check the efficiency of the security mechanism.