Toronto - I am grateful and proud every day to have been born a Canadian. Friendships with immigrants and refugees, as well as travel to nearly 20 countries has deepened my gratitude particularly to have been born into a country that is safe, and generally respected. Responses to my Canadian background among people I have met all over the world have been unanimously and overwhelmingly positive, and my passport has enabled me to travel with exceptional ease. 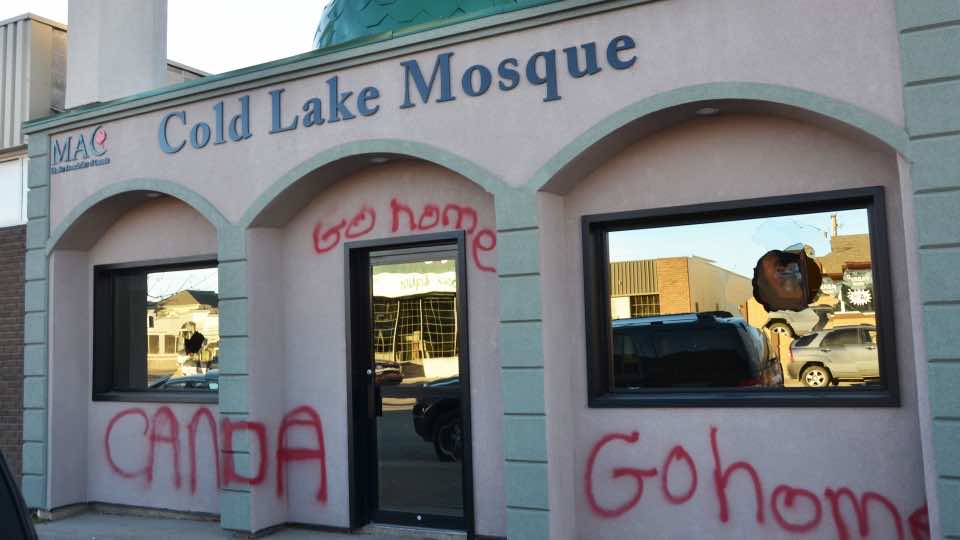 Toronto – I am grateful and proud every day to have been born a Canadian. Friendships with immigrants and refugees, as well as travel to nearly 20 countries has deepened my gratitude particularly to have been born into a country that is safe, and generally respected. Responses to my Canadian background among people I have met all over the world have been unanimously and overwhelmingly positive, and my passport has enabled me to travel with exceptional ease.

I remember lazily exiting the back of a plane after a long flight from Buenos Aires to JFK Airport (New York), behind hundreds of others, mostly holding South American passports. Although I was last in line, an immigration officer recognized the passport I was holding, and asked if I was catching a connection back home. After I replied yes, I was lead to the front of the queue and greeted with a smile. Processing for my fellow passengers must have lasted hours. In all my travels, spanning 5 continents, I have only ever needed one visa.

I believe, that the ease with which Canadians are permitted to travel and the welcome we often receive while abroad is because of our reputation as a country that stands for fairness, diversity, secularity, religious freedom and humanitarian values. This, along with Canada’s safe and secure environment is also what inspires immigrants from all over the world to make Canada their new home.

The population is over 20% composed of immigrants, and Canada is among the top ten immigrant receiving nations on earth. Now, with protracted conflicts creating more and more refugees, the need for Canada to set an example as a safe haven for immigrants is more pressing than ever.

As I have a deep love for my country and respect for those who defend it, I was devastated to learn about attacks on three of Canada’s armed forces personnel, particularly the murder of 24 year-old Nathan Cirillo, a young father who was guarding one of our national monuments on Parliament Hill. Although Cpl. Cirillo was a soldier, he was performing a ceremonial duty, and was unarmed and defenseless at the time he was murdered. His assailant’s message was very clear. He did not just want to murder Cpl. Cirollo, he wanted to insult this entire nation, and all it stands for.

One thing that Canada stands for is fairness, human rights and the rule of law. Human rights for everyone, regardless of race, religion, sexual identity, and ability. The right to religious freedom, and right to freedom from slander are sacred to our Canadian national identity. As I take great pride in these values, I was deeply saddened to see media point the blame of this heinous crime on a Muslim, even before the assailant was identified publicly.

The killer, Michael Zihaf-Bibeau was undoubtedly a deranged individual. A Canadian-born Muslim convert, he had several prior criminal convictions and was described as deeply troubled by his own family. He was described as having been incited to commit this act by ISIS propaganda over the internet. This man’s case seems to be the extremely unfortunate result of the failure to provide adequate intervention and care for an unstable mind. I believe his mental instability is what drove him to extremist ideology, but I do not believe all who fall into the extremist trap are mentally ill.

I think there are many things that can send a person down this dark road, including youth and it’s accompanying naïveté, malicious indoctrination, the desire for significance, anger at the failure of the West to acknowledge its colonial past and to make appropriate reparations, or extreme isolation.

Although there are some Muslims who have unfortunately chosen this path of extremism, they are not the majority. Although some media outlets have made a careful distinction between Islam, and its extremist elements (2 very distinct entities), it is very concerning to me that this is not the norm, and that the media is painting quite an ugly picture, of what will soon be the world’s largest religion. Muslims, are also the fastest growing demographic within Canada.

I would like to see, more media recognition go to the many Muslims of Canada who have recognized the issue of extremism, and have cooperated with authorities to identify individuals who may present a threat. Many have even taken considerable initiative and responsibility in their own communities to prevent Muslims in Canada from developing extremist beliefs. I commend the efforts of these conscientious and patriotic Canadian Muslims and sincerely hope more media attention is given to their credit.

I was dismayed by the media’s propagation of Islamophobic stereotypes, and worried they would tarnish Canada’s reputation as an open, and tolerant nation and perhaps even make us a target for other deranged extremists. For a few days, I felt embarrassed that this was occurring, especially as Canada was receiving rare international attention.

Yet today, I was very inspired by the reactions of many non-Muslim Canadians to this media injustice and of their sadness that blame was so readily assigned. I saw many comments about this in my Facebook news feed.

Unfortunately, this recent crime has inspired some to vandalize mosques. In a small town called Cold Lake in Alberta, a mosque was covered with red paint saying “go home.” After learning of this vandalism, (mostly non-Muslim) residents of the community came together to remove the graffiti, and placed signs reading messages of welcome, and “you are home.” It is worth noting, that cold Lake is a military base, and nearly all residents are armed forces personnel and their families.

They are defending Canadian values of peace, diversity and tolerance, and even living them in their own lives. This, is what being a Canadian is really about. Once again, I felt pride to be a member of this nation, despite what’s in the media.