Marrakech- The largest Moroccan mosque in the North Brabant (southern Netherlands) opened its doors at a ribbon-cutting ceremony in Roosendaal in the Netherlands on Friday, according to Maghreb Arab Press (MAP). 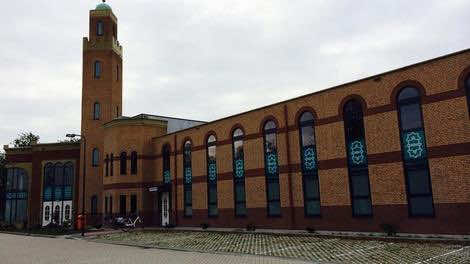 Marrakech- The largest Moroccan mosque in the North Brabant (southern Netherlands) opened its doors at a ribbon-cutting ceremony in Roosendaal in the Netherlands on Friday, according to Maghreb Arab Press (MAP).

Morocco’s Ambassador to The Hague, Abd Al Wahhab Al Balqui, and the Mayor of Roosendaal, Jack Nidiri, attended the ceremony.

The mosque, named the “Islamic Moroccan Center for Roosendaal,” has over 2,200 square meters of space in its prayer hall, which is large enough to accommodate hundreds of worshipers, and is adjacent to other facilities.

Over the mosque soars a beautiful minaret tower 22 meters high. The Indonesian architect in charge of the project reportedly was inspired by the tower of the historic Koutoubia mosque in Marrakech, Morocco.

According to the same source the construction of mosque, designed according to ancient Moroccan architecture, took more than three years and required three million Euros. The funds were collected as donations from faithful believers.

The mosque not only serves Muslim worshipers, but is a center that calls for coexistence in a world full of conflicts.

Mohammed Amzian, the chairman of the Grand Mosque Berabant of the north, said in a published statement, “At this time which is characterized by polarization and extremism, we seek to create links with the rest of society.”

The Grand Mosque opens its doors to the public on Saturdays and Sundays to enable the inhabitants of the city to visit it, and enjoy the beauty of its significant architecture, whether outside or inside the mosque. 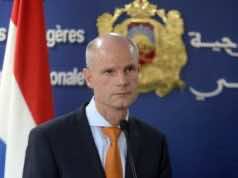