Rabat - After accusing Queens Park Rangers (QPR) player Adil Taarabt of being "three stone overweight" and a “blatant liar,” QPR manager Harry Redknapp has told the player on Monday that he still has a future at the club, calling him "a great talent." 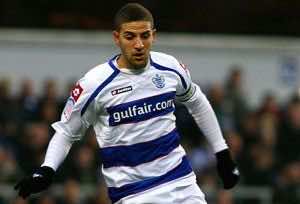 Rabat – After accusing Queens Park Rangers (QPR) player Adil Taarabt of being “three stone overweight” and a “blatant liar,” QPR manager Harry Redknapp has told the player on Monday that he still has a future at the club, calling him “a great talent.”

Speaking after the QPR 2-0 win at home against Aston Villa on Monday, Redknapp told Sky Sports: “He can still play a part in the future if he gets himself fit,” referring to the Moroccan football player.

Other statements by the QPR manager still reveal dissatisfaction with the fitness of Taarabt. “God gave him a fantastic talent; I just hope he doesn’t waste it. If he’s fit and ready to play, he’s a great talent,” Redknapp said.

He went on to add that the Moroccan midfielder is working hard this week and “he’s working with the fitness coaches and we’ve got a game [on Tuesday] for the reserves [at home to Swansea City] and him and one or two of the lads will get a game.”

“That’s all I want him to do – get himself fit to run like the boys [who played on Monday].”

To refute his manager’s claims of being “three stone overweight” and not fit for football, Taarabt showed his belly to the press, and fired back with his own accusations claiming that “Redknapp rarely bothered attending training.”