Rabat - Interior Minister Mohamed Hassad said, on Wednesday in Rabat, that Morocco does not face currently direct terrorist threats, underlining the general threats facing several countries "which should be taken into consideration in our security approach." 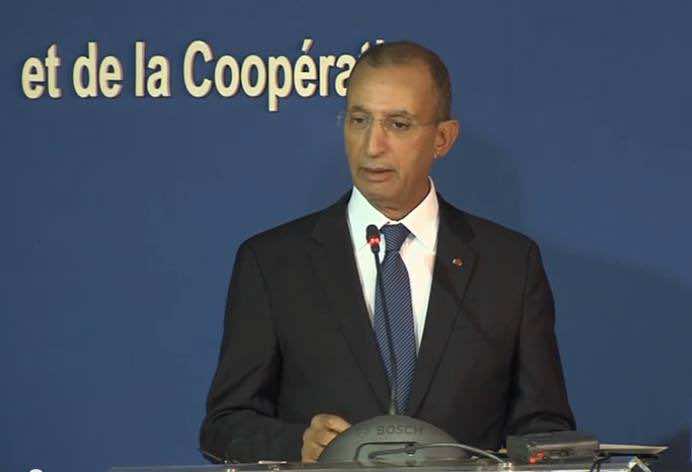 Rabat – Interior Minister Mohamed Hassad said, on Wednesday in Rabat, that Morocco does not face currently direct terrorist threats, underlining the general threats facing several countries “which should be taken into consideration in our security approach.”

The Moroccan counterterrorism policy is always procreative and based on available information, as testifies the smashing by security services of several terrorist networks, said the minister at a joint press conference with Foreign Minister Salaheddine Mezouar and Communication Minister, Government Spokesperson Mustapha El Khalfi.

In this regard, Hassad noted that the new security mechanism “HADAR” was launched, upon the Royal Decision, to reinforce the national plan in force to combat the different threats facing the Kingdom. This newly-created mechanism will be deployed in the cities of Rabat, Fez, Casablanca, Marrakech, Agadir and Tangier, said the minister, recalling that the first units are already deployed at the Casablanca Mohammed V airport.

The mechanism’s functioning will be supervised by an Interior Ministry’s central unit as well as regional cells chaired by walis, said Hassad.

He went on to say that the units’ deployment has a “procreative and preventive” aspect to reassure citizens and foreigners.

Highlighting the relevance of the Moroccan security experience internationally, the minister said that the Kingdom succeeded in dismantling several terrorist cells, including the one which was recently smashed in Kenitra and which comprised a Frenchman, a Moroccan with a French nationality and an Algerian, all were going to join terrorist entity ISIS.

The Minister had announced on Saturday the Royal decision to reinforce the national plan in force in order to fight the different threats targeting the Kingdom through the setting up of a new security mechanism called “HADAR” which includes the Royal Armed Forces (FAR), the Royal Gendarmerie, the Police and the Auxiliary Forces.