Fez - In Moroccan culture, the success of an engagement culminating in marriage is based on the notion of women virginity. While virginity is linked to the idea of purity, societal pressures to remain pure before marriage fall mainly on women. 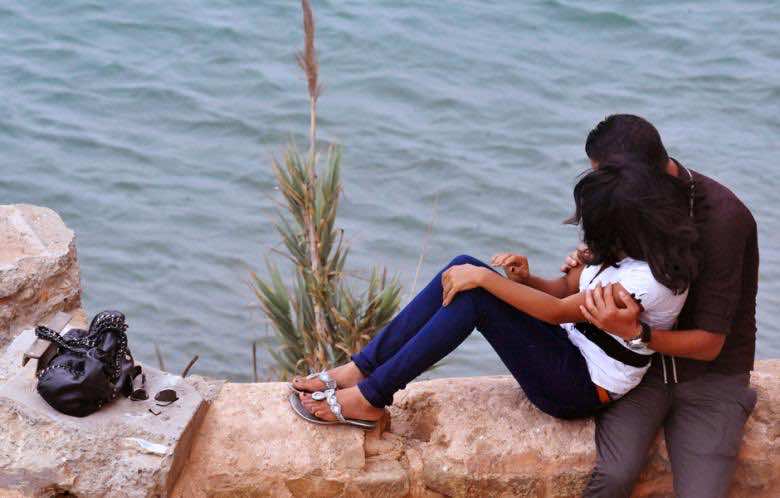 Fez – In Moroccan culture, the success of an engagement culminating in marriage is based on the notion of women virginity. While virginity is linked to the idea of purity, societal pressures to remain pure before marriage fall mainly on women.

No one seems to believe that men should also stay virgins before marriage. Rather, virginity in our culture is only related to bleeding from the breaking of the hymen rather than the preservation of purity in both sexes.

Moroccan culture concentrates solely on the woman’s virginity rather than that of the man. The virginity of a woman must be proven for the first marriage, while the sexual history of a man makes no difference and is not an important factor in marriage at all.

On the night of the marriage, it is expected that the woman’s hymen will be ruptured with the attendant blood stain on the sheets.

No excuses or explanations can be offered if this doesn’t happen because it is completely unacceptable if a woman has been “deflowered” prior to her marriage. However, a woman’s hymen can be ruptured in numerous ways, such as riding a donkey or a bicycle or strenuous physical activity. The hymen could have broken before marriage through a variety of means other than sexual intercourse and is in no way an indication of sexual promiscuity.

Additionally, it is scientifically proven that sometimes there is no blood present during a woman’s first experience of sexual intercourse. What does it say about our society when we grant no excuses for a woman’s supposed “non-virginity” — even if her virginity was taken by another man against her will?

I spoke with Mr. Mehdi, a conservative bachelor, about the idea of virginity. Without much hesitation, he said that his future wife must be “pure” and that she should have never been touched by another man.

I then proceeded to ask him about his sexual history. He claimed that he became sexually active when he was an adolescent. Many Moroccan men claim that they have had sex even if they haven’t for fear of others questioning their manhood. A vast number of people believe that manhood is proven sexually; you are considered a man if you are virile.

Being a promiscuous man is not necessarily frowned upon as it with a woman. In fact, it enhances masculinity. I asked Mr. Mehdi another question: since you are not a virgin, why do you require your future wife to be one? He simply answered, “Because I am a man.”

The requirement of a woman’s virginity before marriage is a notion embedded in patriarchal societies. Men theorize for themselves a world in which they limit the concept of a woman’s sexuality to virginity.

The Moroccan traditional proverb: “The beauty of men is in their shoulders and of women in their purity,’’  illustrates that the duty of men is to provide the necessary needs for their family, while that of women is to remain a virgin until wedlock. If a female happens to be a non-virgin, she faces severe repercussions that affect all the members of her family.

On the other end of the spectrum, I asked Mr. Abdou, a liberal man, about his opinions on virginity. To him, virginity is a myth constructed to liberate men and imprison women. “Look: since I was a child, I have been exploring this term in our traditions. We have constructed the image that a non-virgin woman is to be avoided.

On the wedding day, people stand hours waiting in front of the bedroom door for the virginity to be publicly proved. I think that relationships must be built on understanding and respect rather than on traditions that celebrate patriarchy and promote backward traditions that deny the role of women and degrade them as a tool for pleasure and a machine to produce children.”

Ouiam, a veiled girl, remarks that even though virginity might be lost, some women undergo reconstructive vaginal surgery in order to experience the breaking of the hymen on the night of their marriage.

Therefore, she says that the hymen should not be the sole indicator of virginity. In regards to the significance of virginity being gender-specific, she explains that virginity, in its broadest sense, should apply to both men and women.

The question is whether you have had sex or not. I asked her whether she thinks that virginity in our culture is emphasized in women and not in men.

Ouiam acknowledged that women are oppressed by the patriarchy of our society, similar to other cultures. Additionally, she explained that religion is quite clear on this matter:  it prohibits sexual intercourse for both men and women, quoting the Quran: “The woman and the man who fornicate – scourge each of them a hundred whips; and in the matter of God’s religion, let no tenderness for them seize you if you believe in God and the Last Day; and let a party of the believers witness their punishment” (24:2).

Then when I asked whether she would like to know whether her future husband is a virgin, Ouiam said that no one will truly be able to know whether a man is virgin or not. But if there is trust in the relationship, that should be enough.

Finally, I spoke with Miss Sara, a graduated woman who has completed scholarly research on the topic of sexuality and gender in Moroccan culture. According to her, the way society views virginity is clearly biased.

She claims that  Moroccan society doesn’t care about men’s virginity, but when it comes to women it is different: there is no doubt that a woman must be a virgin in order to get married, meaning that love, education, and work ethic are not as important as being virgin.

This reduces the societal status of women as solely the bearers of hymens instead of potential scholars and workers. Then she addresses that men must be aware that the hymen may be broken on the first night of marriage, but marriage encompasses more than that.

What matters is love and respect, and reducing a woman to a foolish thing called a hymen is meaningless. Basing virginity on the hymen is a male-constructed phenomenon in an attempt to manipulate and control females.

Unless we critically rethink our traditions and adapt our values in ways that redefine the woman’s role in society, the hymen will continue to play an important role in Moroccan male-female relationships.

Women will be valued in respect to their hymens rather than their skills, intellect, etc., a philosophy that objectifies females through making them serve as an instrument to an end. This harms all of society and undermines the important, and sacred aspects of marriage. Reasonably, we have to bear in mind that one of the essential steps toward a democratic society is humanizing women. While it is a road that is much travelled, it is worth giving it a try in Morocco. 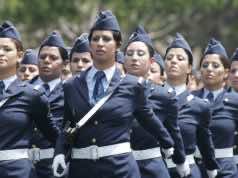 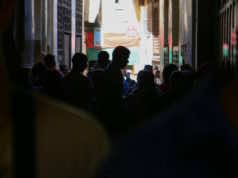 Hypocrisy is Eroding Our Moroccan Values 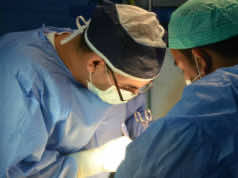