Morocco World News
Home Society Expatriates Journals of a Moroccan Fulbrighter in America (10): A Portrait of an...

Austin - An American anthropologist once wrote a chapter under the title: “A portrait of a typical Moroccan.” To a certain degree, the person he described exemplified a group of ordinary Moroccans, but he definitely was not representative of most Moroccans. 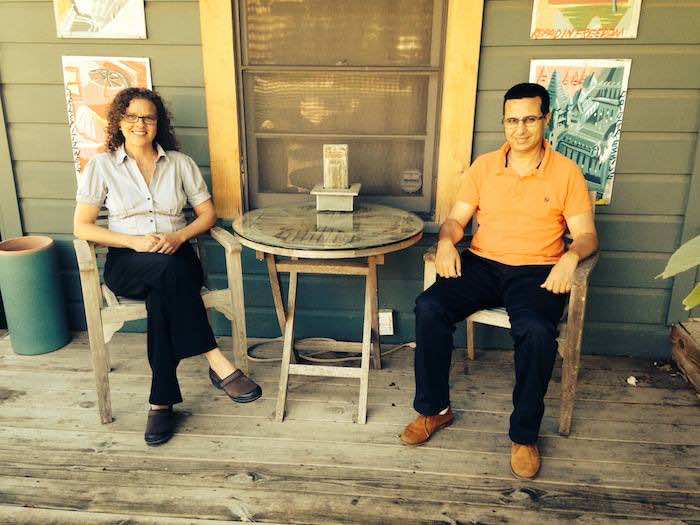 Austin – An American anthropologist once wrote a chapter under the title: “A portrait of a typical Moroccan.” To a certain degree, the person he described exemplified a group of ordinary Moroccans, but he definitely was not representative of most Moroccans.

It seems that the search for persons typical of their people is a persistent need felt by foreigners trying to understand the communities among which they are living. It is perhaps to satisfy such a need that I asked Kristi, my lessor, if she would let me write about her life story.

Kristi is a very open woman. From the first time I contacted her, either by email or in person, I never felt she was reticent or reluctant to divulge information about herself, her family, or her friends. Quite the contrary, before arriving in America I had already known from her emails a lot about her life. I knew, for example, that her late fiancé had been a professor and a world-renown economist and that he died of a rare disease. I knew a few other things about her preferences and her habits. So, when I met her in person, she was no longer a stranger to me. On the basis of all these facts, I came to assume that she was typical of Americans who may be very reluctant to know a person, but once they are introduced, their reticence simply goes away.

I have found out that this assumption is not accurate. When I asked her to tell her story, she accepted right away. But before the interview, I realized that she didn’t feel as comfortable as she would usually be in our ordinary conversations. Although the situation was not public—in fact, if not for the microphone, it would have been a conversation very typical of those we have on the front porch—she seemed as if she was facing a large audience. The place was not well lit, but it’s not unlikely that she blushed, at least in the beginning of the interview. The truth is that she is very private, and this surprised me a lot. Appearances are misleading indeed!

I’m not sure how I should make sense of these apparently incongruent behaviors: being open with people but shy as well. From what I understand, she received a good education. Her sense of family is very strong, and it was no surprise to me given what I know about her family history. She often mentions the love relationship between her parents, her hard-working father (a work-horse, she says), her loving mother, and her siblings. I imagine that this was the circle she felt most comfortable in as a child; the others were, to varying degrees, strangers. But Kristi says her parents taught their children how to socialize. They would have elaborate parties and the children were prompted to converse with the guests. Kristi’s brothers would seize the first opportunity to go upstairs and play games, but were always summoned back to the group. I don’t know how Americans view shyness, but in Morocco it is considered a positive aspect of children’s education, especially among respectable families. It’s only in their adulthood that children are expected to become extroverted. But even then, it’s sometimes not easy to get rid of old habits. I tend to believe that the case is not very different with Kristi.

Kristi also received a good education. The subject she talked a lot about was music. She says her parents believed that music was as important as any other subject for developing the whole brain. Her mother was a music educator, and her father served the North Shore of Chicago with band instruments. In his book about his family history, her father does not forget to mention that “Kristi played clarinet in the school band, sang in the honor choir, and competed on the diving team”. So, it is no wonder that, besides majoring in English literature, she completed a minor in art. It also is no wonder that she has earned her living as a graphic designer and a book editor. All this seems to point to the middle class background of her family. They may not be rich, but their interest in moral values, a good education, fine arts, and original ideas is well beyond the concerns of working class families, I would suppose. I was particularly struck by Mr. Freeman’s interest in the history of his ancestors and his descendents. In his book, he traces the origins of his family back to the 16th century. Although Kristi has never referred to this history before, she must be proud of that lineage. This explains, at least in part, her deep attachment to her family and her concerns about each and every member.

Another important stage in Kristi’s life was her journey to Asia. She went first to Japan just after graduating from college, but her stay there was short. This trip was also her first occasion to become immersed in a completely different culture. Americans prefer to talk about “culture shock” in such situations. Anyway, even the Japanese wouldn’t make her experience there look ordinary: children would try to touch her curly fair hair. So, she must have looked strange to them as much as their culture seemed strange to her.

Her most fascinating experience, however, came a few years later when she found a job with a company in New Zealand. From there, she seized the opportunity to travel to nearby countries. She went to Thailand, Malaysia, Indonesia, Singapore, Viet Nam, and Cambodia. When I think about it, it seems natural that human beings should feel curious about other places and other peoples and that they should satisfy that curiosity if they can afford to do so. What I don’t understand, however, is that they can be too curious and ignore all possible dangers. While Viet Nam was just opening its doors to tourists, Kristi was among the first foreigners to enter the country. Despite the tragic history of America’s war in Viet Nam, and despite all the films she must have watched and the books she must have read about the military conflict there, she just made the decision to discover a new country; a place that was still pure from capitalist tourism.

When her Viet Nam visa expired, Kristi went to Cambodia while the Pol Pot regime was still active and the political situation there was quite volatile. Even at the security level, the American government had issued a warning to its citizens against traveling to Cambodia. But Kristi simply overlooked the warning. She was encouraged by the travelers she met in Viet Nam who had just come from Cambodia and brought good news from there.

When I was a child, I saw many tourists in my country. They wore shirts, shorts, and hats, and they all had a camera. They photographed things that seemed uninteresting, and for that, they were incomprehensible to me. Now that I have known Kristi, who behaved in a similar way but in a different part of the world, I realize that the tourists I saw when I was a child probably were curious human beings like Kristi is. She says that she wanted to photograph South-East Asia. I would die to get in her shoes and experience the excitement she felt and the interest she found in photographing the world, for that still seems to me a silly exercise.

Another equally brave adventure—but still incomprehensible to me—is that Kristi trekked in the mountains of Nepal for thirty-eight days. She managed to reach 18,000 ft. Her family must have been proud of that achievement, for her father mentions it in his book in the few paragraphs devoted to her. But Kristi realized afterward that she could have lost her life in that adventure; a heart defect was diagnosed a few years later that precluded her from traveling to high altitudes.

Undoubtedly, these adventures have left some impact on Kristi’s character. She says she finds people similar everywhere, despite their differences. A lot of extravagant aspects of American life have lost meaning for her. She can dispense with unnecessary things, especially if they cost too much. Her friends and colleagues, she says, can’t understand how she can live without a car, for example. For her, the reason is simple: she can do better without it. And she is a hard-working woman: Kristi is an editor, a freelance graphic designer, and she also works with deafblind children on the weekends—she can hardly afford a day off. She feels she might be doing this well into her eighties.

I wanted to tell the story of a typical American, but I ended up with a story about an extraordinary person. It is great to know you, Lady Freeman!