Rabat- Built on 16,000 square meters of which 3,500 covered, the new US embassy in Rabat has reportedly required a total investment of $180 million. 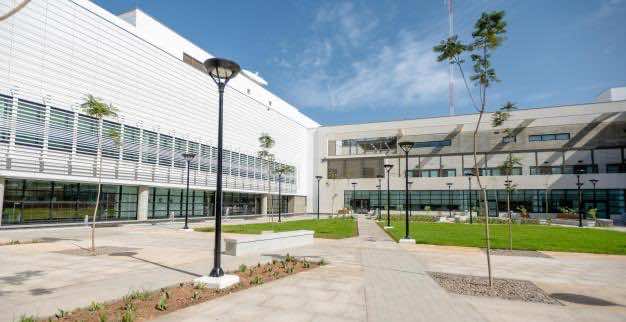 Rabat- Built on 16,000 square meters of which 3,500 covered, the new US embassy in Rabat has reportedly required a total investment of $180 million.

The new premises will be officially inaugurated around November 20th by the US Vice President Joe Biden and another top official whose identity has not yet been revealed, according to Le 360 website.

“The land on which the embassy was built belongs to the US government. It was offered by the late king Hassan II to the United States in 1978,” says Aziz Younes, an American diplomat of Lebanese descent. He is also the head of project whose work began in February 2012 in the presence of the then Secretary of State Hillary Clinton and her Moroccan counterpart Saad Eddine El Othmani at the time Minister of Foreign Affairs.

“The new premises have been designed to be eco-friendly, with the installation of a water recycling unit and a solar energy supply up to 35% of total consumption, said the U.S. official.

“The embassy has the most sophisticated and modern protection systems and security surveillance. The chancery was built on the model of those of Pakistan and Jakarta in Indonesia,” he added.


© Morocco World News. All Rights Reserved. This material may not be published, rewritten or redistributed.