Rabat- Shoshana B. Roberts, the woman who appeared on the video on street harassment that went viral and received 30 million views so far, has reportedly received rape and death threats following the posting of the video on YouTube on October 28th. 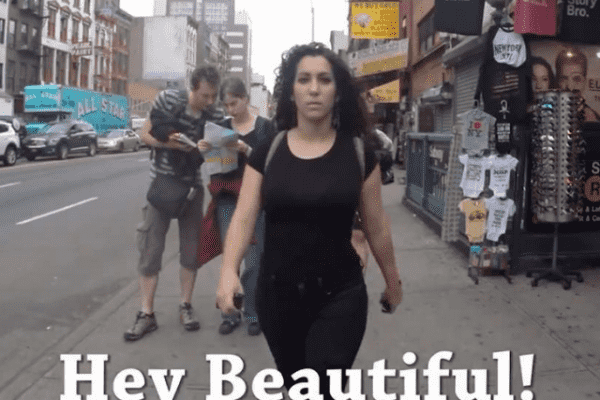 Rabat- Shoshana B. Roberts, the woman who appeared on the video on street harassment that went viral and received 30 million views so far, has reportedly received rape and death threats following the posting of the video on YouTube on October 28th.

The video, posted under the title “10 Hours of Walking in NYC as a Woman,” shows Shoshana Roberts strolling the streets of New York City wearing a pair of jeans and a T-shirt while being filmed by a camera hidden on a backpack. Shoshana was the subject to a hundred plus instances of verbal street harassment, according to a caption in the two-minute video.

The project is an attempt by Hollaback!, an anti-harassment non-profit organization that produced the video and runs other similar projects in different parts of the world, to demonstrate the daily struggle of women with street harassment in the Big Apple.

“The onslaught of rape and death threats that have been directed at Shoshana B. Roberts, the subject of the video, are unacceptable but sadly unsurprising. When women are visible in online or offline spaces, they experience harassment. When women demand change, they meet violent demands for their silence,” said the organization.

On Thursday Halloback! published a statement in response to accusations of bias and racial prejudice based on the fact that the video showed less scenes involving white guys catcalling the lady.

“We regret the unintended racial bias in the editing of the video that over represents men of color,” the organization said.

“Hollaback! understands that harassment is a broad problem perpetuated by a diversity of individuals regardless of race. There is no one profile for a harasser and harassment comes in many different forms.”

Studies cited by Halloback! in their website suggest that non-contact sexual experiences, including street harassment, are the most prevalent form of sexual violence for both men and women in the United States. Internationally, between 70-99% of women experience street harassment at some point during their lives.