Taroudant, Morocco- During celebration of the day of Ashura, an Iraqi Shiite leader was reportedly shot in the face by a suspected ISIS member at a mosque in western Sydney, Australia. 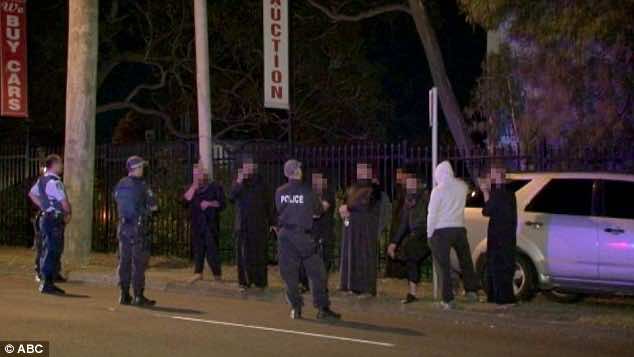 By
Larbi Arbaoui
-
Larbi is a freelance writer and assistant editor at Morocco World News.
Nov 3, 2014
Spread the love

Taroudant, Morocco- During celebration of the day of Ashura, an Iraqi Shiite leader was reportedly shot in the face by a suspected ISIS member at a mosque in western Sydney, Australia.

“Rasoul Al Mousawi was shot in the face and shoulder with pellets as he locked up the building at around 1:15 am of Monday morning,” according to a video posted on YouTube.

The victim’s daughter, who witnessed the attack, said, “My father just held his neck and ran inside. All I saw was blood moving down his head and neck.” The victim is awaiting surgery in a Sydney hospital.

The shooting is the result of the dispute between the Shiite and Sunni Muslims groups. Tensions can become very violent over the rituals of the day of Ashura.

“The dispute over the Centre would not have escalated to such a level where someone would shoot a person in front of the Centre,” said Sheikh Zaid Alsalami, from the Afghan-dominated Nabi Akram Islamic Centre in Granville.

Jamal Daoud, a prominent member of Sydney’s Shiite community, said a group of “extremists” had been targeting Shiite Muslims trying to enter the Centre to observe Ashura, a 10-day ritual to commemorate the death of Imam Hussain, the grandson of the Prophet Muhammad.

While Sunni Muslims observe this ceremony by fasting on the ninth and tenth day or tenth and eleventh day of the month of Muharram to honor the deliverance of Moses, Shiite Muslims consider Ashura a day of mourning and remembrance of the grandson of the prophet Mohammed, Hussein Ibn Abi Talib, who was martyred in the Battle of Karbala around thirteen centuries ago.