Rabat - An Irish judge said on Monday he would sentence a local cattle raiser and exporter to four years in prison if a €50,000 fine was not paid by December 1, 2015 and an additional €50,000 by December 1, 2016 on grounds of causing "very serious damage" to the reputation of Irish cattle industry after the cattle raiser reportedly exported diseased cattle to Morocco with false declarations. 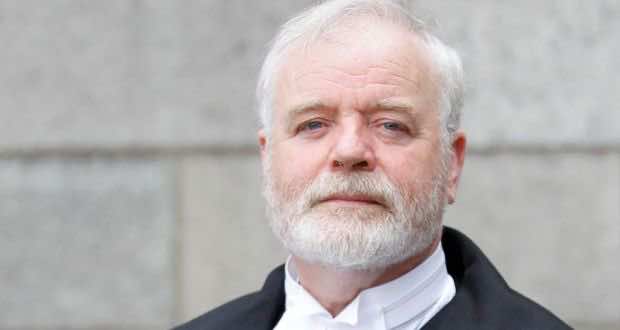 Rabat – An Irish judge said on Monday he would sentence a local cattle raiser and exporter to four years in prison if a €50,000 fine was not paid by December 1, 2015 and an additional €50,000 by December 1, 2016 on grounds of causing “very serious damage” to the reputation of Irish cattle industry after the cattle raiser reportedly exported diseased cattle to Morocco with false declarations.

According to the Irish examiner newspaper, 61-year-old David Hunter of Castlekeun, Mallow, Co Cork, one of Ireland’s biggest cattle exporters, is said to have exported a total of 120 cattle to Morocco on June 30, 2011.

12 out of the 120 tested positive for bovine diseases, namely IBR, a highly contagious respiratory disease and BVD also known as Bovine Viral Diarrhoea, which cause animals to develop fever and in some instances the cattle die of the disease. The diseased cattle had to be slaughtered by the Moroccan authorities.

The same source added that Hunter is involved in three kinds of fraud, mainly “switching blood tests for healthy animals with those which had diseases, presenting documentation to give the impression some diseased animals were being kept out and changing a computerized form changing the word ‘positive’ to ‘negative’ in respect of animals for export. “

The Moroccan authorities reportedly discovered the diseased animals exported by Hunter that had been certified as healthy in August 2011.

Defense barrister at Cork Circuit Criminal Court Donal O’sullivan was quoted as saying that he did know if Hunter would be able to pay the fines, which could put him out of business.

Hunter had also an accomplice. Joan Stafford, aged 47 who has worked for the Hunter family for 20 years, was given a two-and-a-half-year suspended sentence and a 240-hour community service order on two charges.

She pleaded guilty for falsifying nine animals tag numbers to show they corresponded to disease free animals in 2011. On June 30, 2011 she used a list containing three altered cattle tag numbers.

Judge David Riordan who looked over the case said that “it’s hugely regrettable that after the efforts made by the Irish authorities to open up this market [The Moroccan Market], that the likes of Mr. Hunter would put those markets in jeopardy. They do create a difficulty and affect the national economy.”

“These are crimes motivated primarily by greed. I see these offences as coming within the higher end of the scale in terms of deception.”