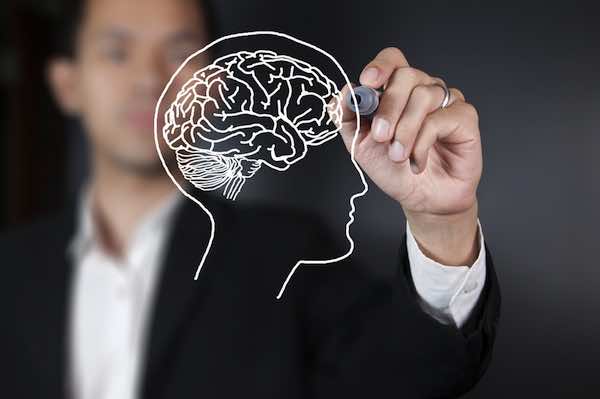 Rabat – The necessity of gaining insight into the infinite realm that is the human mind and the capricious manner in which it works is imperative.

We know that psychological disorders are common and vary from one person to another as do their effects. The term “common” here is key in that cultures and religions often take from its quintessential significance; hence, the commonness which is the basic characteristic of psychological disorders in certain communities are frowned upon and trivialized in other cultures and religions. The incontestability of the spiritual role in alleviating psychological disorders however is important. It might be true that religious emptiness can result in psychological unrest; nevertheless, there have been several noteworthy cases in which spiritual orientations only fueled lethal and outrageous rage. This is the challenge: to reveal the mysterious manner in which our mind works and how it can turn the tables on us of its own accord.

First, it is necessary to understand what it means to be have a psychological disorder. There is no shortage of psychological disorders however the focus of this article will be on the most common ones: OCD, anxiety disorder, and insomnia. Importantly, these disorders have certain aspects in common; one of which is that they are not to be mistaken as mental illnesses but rather habitual patterns of thinking carried out from infancy and internalized in the unconscious mind. The truth is that these internalized and unwanted thoughts reach a point where they become increasingly extensive and difficult to eliminate: “I had internalized my parents’ and teachers’ voices who said, “Go wash your hands. You’ll get sick if you don’t wash your hands.” The thought was simply repeating like a tape recorder.” (Eck, 1) On the subject of OCD, internalization here refers to the storage of negative and fear-infested thoughts in the unconscious mind. Moreover, this internalization of unwanted thoughts is an ongoing process which means that it may take years before the undesirable effects manifest.

Anxiety disorders, like OCD, are also triggered by a habitual pattern of thinking. The main difference which lies between the two is that anxiety disorder is characterized by a perpetual fear in which the initial cause cannot be traced back to its origin. Furthermore, anxiety disorders have a tremendous impact on a person’s digestive system in that the normal workings of the stomach and bowels become erratic. To bear testimony to the fact that anxiety disorders, like other disorders in this respect, have their roots in the earliest years of an individual’s life, Freud states: “What we describe as our ‘character’ is based on the memory-traces of our impressions; and moreover the impressions which have had the greatest effect on us – those of our earliest youth—are precisely the ones which scarcely ever become conscious.” (Freud, 541) Like Eck, Freud believes that anxiety disorder, or what he calls psychoneurosis, does not manifest by chance; but rather it is an old habit rooted from the period it began to incubate in the unconscious mind of which the neurotic is entirely unaware. Put differently, a child who is always told what to do and what not to do will, unconsciously, internalize his/her authorities’ instructions. At the beginning, this may sound quite normal, but the likelihood for these internalized authoritarian voices to sprout and dominate his/her unconscious mind in the years to come is overwhelming.

With regards to insomnia, the fact that it can turn into an obsessive thought which may ruin one’s life and thus cause depression is undeniable. While it goes without saying that insomnia is a symptom an individual experiences at some point in his/her life, there is a need to question the source of sleep disorder; that is, what are insomnia’s instigators? In truth, insomnia can be caused by the death of a relative, a sudden break-up in a romantic relationship, or simply excitement about something that might happen in the near future. However, it becomes a chronic disorder when an individual adopts the obsession, the thought that he/she will be experiencing this sleepless torture for the rest of his/her life, and finds it extremely difficult to free the unconscious mind from these harmful thoughts. In her article, Eck says, “That is the worst thing we can do when trying to heal a habit, addiction, or obsession. It makes letting go even harder.” (Eck, 4) Obviously, the repetition of certain beliefs in our unconscious mind, the feeding of the latter with a set of perpetual delusions untrue of nature but rigid of grasp, is what makes an individual draw the wrong picture about his/herself. These wrong beliefs become, after extravagant nourishment, the only pattern of an individual’s thinking; hence, the negative thoughts linger since they have found a fertile ground where they may prosper.

The question remains: Why do some young Moroccans feel unwell and find themselves living in a filthy world to which they do not belong? Unfortunately, the majority of the Moroccan population is unaware of the “real” causes. Therefore, they find relief in unscholarlyfounded causes such as “s7our”, “toukal” and so forth. Following this line of research, I was extremely astounded when I first came to realize that the “real” causes of these psychological disorders from which some young Moroccans suffer are mainly cultural and political. If we look at the way the traditional upbringing is carried out in our country and understand the psychological harm a single reproaching word can inflict on a child’s life, the negative results that are highly apparent in our social life would hardly surprise us. Culturally speaking, some parents tend to impose values and criticism on their children using authoritarian voices. These parents are under the impression that in doing so they will make their intentions clear and obeyed. In fact, some parents succeed in this method and would like to take their orders to a higher level. The children are totally unaware of these effects, for they remain stored in their unconscious minds. With this method in place, it is no wonder that some young men are frowned upon for having low self-esteem or “inferiority complexes” but the frowning population never asks why these men draw denigrated pictures of themselves.

Speaking of low self-esteem as an aftermath of infantile psychological torture is of paramount importance. Low self-esteem can be cured in that the negative constructs which an individual has accumulated can be substituted for their counterparts. Psychologist George Kelly states, “the self is simply a learnt construct like any other and subject to the same possibilities for alteration and development in the positive direction.” (Kelly, 262) But it should be noted that the constructs individuals learn/unlearn are determined both by their traits and characters. Put differently, individuals who have been subject to positive input by their authorities are likely to develop a strong character and personality. Therefore, these individuals find it much easier to replace their negative constructs with positive ones. The same can be true of individuals who enjoy positive traits such as extroversion, sociability, self-confidence, etc. This set is also at a greater advantage when it comes to unlearning the negative constructs compared to those who entertain the reverse of the aforementioned traits. Moreover, the latter constituents of which an individual’s personality is made are innate. Hence, parents have to be careful when bringing up their children; otherwise they will end up permanently damaging their children’s lives.

To give a concrete example, a few days ago I was having breakfast at a nearby café. On my left side, there sat two little girls of perhaps five years each. They were eating boiled eggs sandwiches and drinking hot milk. Their father sat opposite them waiting for them to finish. So far so good. But what happened next caught me off guard as I could not do anything but stare at the father speechlessly. As time was running out, the father stood and began shouting and forcing his daughters to swallow the food quickly, using threatening words such as “eat or I’ll beat you,” “I’ll never bring you here,” “no, drink that milk.” At that moment, one of the little girls’ eyes glazed over and protruded from sheer suffocation. However, she managed to chew and swallow the food with a streak of saliva running down her nose and mouth.

The scene above should help answer the question of why some of the young Moroccan population is suffering from OCD, anxiety disorder, and insomnia. What if one of these girls was born with a negative trait seeing that she was receiving negative input? What if her sister started recording this incident in her unconscious mind and started developing a negative character from her environment? One thing is truly indisputable; that is, both girls are psychologically at risk. It is true that they were not aware of it then, but they will be aware of it when they become adults.

What is important to bear in mind is that psychological disorders are not to be mistaken for mental illnesses. As I mentioned before, psychological disorders are merely habit-based patterns of thinking which, after being irrigated in the fertile soil of the unconscious mind, become a challenge to be rid of. Moreover, these patterns of thinking and delusions are constantly of a negative nature.

Freud Sigmund (1899) the interpretation of dreams.