Rabat - The first autumn rains of Tuesday morning turned the streets of Casablanca and Rabat, Morocco's two largest cities, into water pools that made road traffic tough and risky. 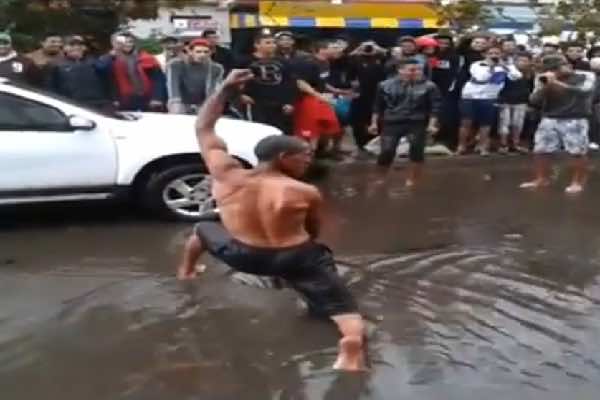 Rabat – The first autumn rains of Tuesday morning turned the streets of Casablanca and Rabat, Morocco’s two largest cities, into water pools that made road traffic tough and risky.

Despite the warning of the National Directorate of Meteorology, the Moroccan authorities failed, once again, to clean the drains of the streets and drainage pipes that absorb rainwater.

Immediately after the rainfalls, social media users shared photos showing the streets of the capital of the kingdom flooded because of the rain. Many blamed the flooding on what they described as or “the carelessness of authorities and lack of adequate infrastructure.”

A twitter user posted a photo allegedly of the tramway of Casablanca on water with a funny statement that reads, “Twinning project between Venice and Casablanca is on track.”

In the absence of units in charge of streets drainage pipes, an old man in black shorts volunteered heroically to clean the drains of the streets and let rainwater drain into the pipes.

Encouraged by applauds and shouts of “unhelpful and lazy” civilians, who were filming with their smartphones, the “hero” named Allal was cleaning the streets in a funny manner, while performing some hilarious poses.

Allal has given all Moroccans a lesson in community service and volunteering. Impressed by the courage of Allal, some social media users sarcastically call for appointing him as the head of government in recognition for his selfless work.

Another twitter user wrote, “20minutes of rain in Rabat Agdal caused this” 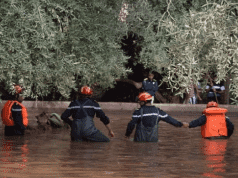